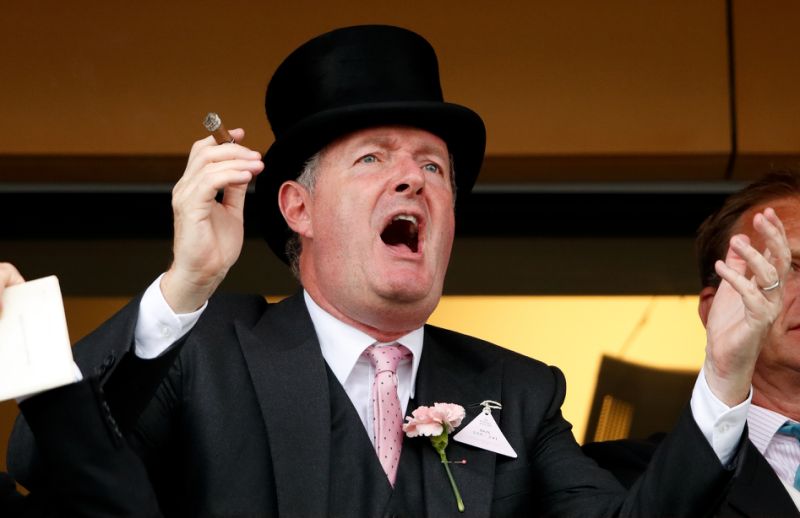 Piers Morgan, co-host of Good Morning Britain on ITV1, ranted on the show that black people labelling him a ‘fat, white gammon’ are racist.

In recent days, Morgan has been publicly leading the debate on whether or not the UK’s media has treated Meghan Markle in a racially derogatory manner.

His rant informed, “I don’t see racism (in the coverage) and when people say to me the press has been racist, and the wider public has been racist, I think its grotesquely unfair to smear everyone in that way without producing tangible evidence which says this is racist.”

Co-host Susanna Reid added, “The trouble is Piers that when the women of colour have produced tangible evidence, you dismiss it. You’re not accepting the experience of women of colour who have complained about it.”

Piers fired back, “I’m not accepting. Also, I’m not accepting that just because I’m white, I can’t see racism when I see it. I have campaigned against racism my entire broadcasting life.”

“I will listen to, as we had Dr Shola yesterday, lecturing me about what racism is. Just because she’s a black woman it doesn’t mean that she can say, ‘that is racist’ when it’s not.”

Susanna provided, “Don’t you think she has more experience of racism than you do as a white man?”

Piers admitted, “Well possibly, yes. She is a black woman and been exposed to more racism than I have, although frankly, on social media, I get called a fat, white, gammon all day long. That is also racist. If you’re called, by a black person on Twitter, a fat, white gammon, they’re being racist too.”

Piers and Dr Shola Mos-Shogbamimu went head to head in a passionate debate on Tuesday, conversing whether the British media has treated Meghan Markle unfairly.

Piers ignited with, “Where is this racism that you keep talking about? Where are the ghastly tabloids which you say have been driving this racist agenda against a woman who was lorded and welcomed?”

Dr Shola answered, “‘If you’d paid attention to the interviews I’ve done then you would have had the answer. That is an incredibly obtuse question to keep asking.”