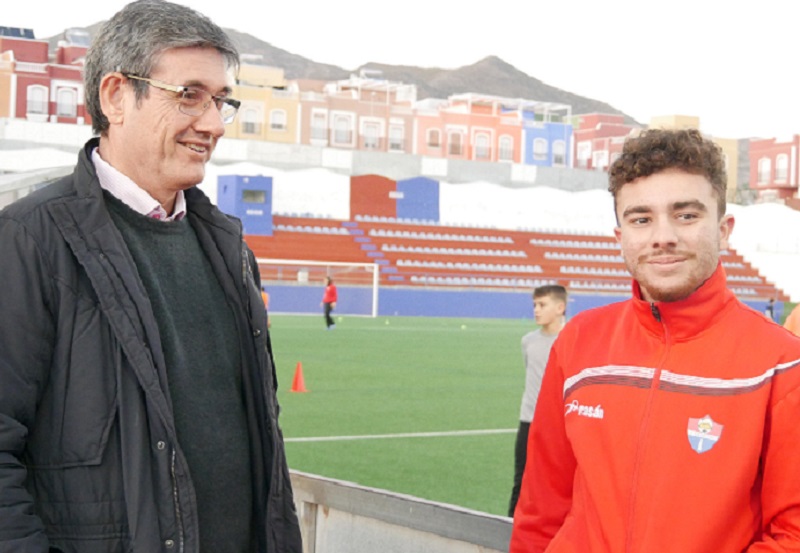 COSTA Almeria football club C.D. Adra Milenaria has set its sights on the senior team rising to professional level.
Adra council explained the club has signed a collaboration agreement with an international player management company with the number one goal of getting the seniors playing in professional categories.
Under the same agreement the Adra Milenaria players will have the opportunity to go to around 20 other professional clubs, the local authority said, thereby opening up the possibility of making football into a career.
The player management firm’s director Alexander Buberman becomes the club’s general manager. He will therefore be responsible for recruiting both technical staff and talented players while at the same time developing working associations with professional clubs in Spain and abroad, according to Adra council.
Antonio Jose Garcia Castillo takes on the responsibilities of club director general. He will be working side-by-side with Buberman and the current management in overseeing and developing the project.
Adra Mayor Manuel Cortes, along with councillors from his government team and Adra Milenaria president Francisco Montes, went along to the Miramar stadium this week to watch training sessions for players in different categories.
Commenting on the agreement, Cortes said it will be a “catalyst for the club, for football in Adra and for the town” as it “offers new opportunities to the club and to its players.”
The mayor highlighted the “great work” by the club management. He said it was “a matter of pride” for his governing team to collaborate with the club which had put so much into the project and to its future impact, and to have in Adra “a team which works just as hard to improve and to gain good results.”
Cortes also made it clear it was important that players “who excel can have opportunities to move on to elite teams, something on which the club is working and for with this agreement is major steps forward.”
Sports councillor Pedro Peña echoed Cortes’ views, saying he is sure the agreement will help the club to grow.
The club president meanwhile expressed confidence the agreement will mean Adra Milenaria will go all the way to the top.
While he was at the stadium the Mayor took time to chat to the side’s young player Federico Joaquin Garcia, a.k.a. ‘Fede’. The youngster is the first player from the team to have contact with the national professional football league.
Last month he spent a week in Madrid training with the first team of La Liga club Getafe.
Cortes told him how “pleased and excited” he was that “one of our young players has been able to enjoy this experience and learn from professional players on a great team like Getafe.”
The mayor also met with Philip, a young footballer from New York, who is in Adra to gain experience.
The agreement between Adra Milenaria and the player management company is set to come into force in April.