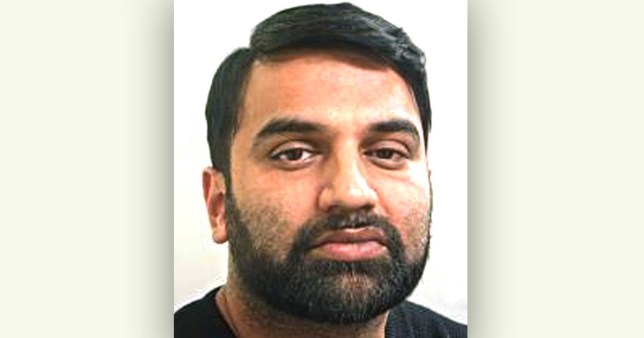 Syed Bukhari, 39, “impersonated his female partner on phone to try and fake his own death”, claiming he had passed away in Karachi

A man who pretended to be his wife on the phone in order to try and claim on a £1 million life insurance policy by faking his own death has been jailed.

Syed Bukhari, 39, a convicted fraudster from Manchester, initially used his spouse’s name in an email to the insurance company claiming he’d suffered a fatal heart attack in Pakistan. To back the fraud up he then phoned the claims department using a woman’s voice but this is where his scam was found out.

A voice analysis expert compared Bukhari’s speech to one of the calls supposedly made by his wife and concluded they were likely one and the same person. Bukhari, currently serving more than seven years behind bars, initially denied the scam, maintaining it had really been his wife on the phone behind his back.

When police confronted him with the overwhelming evidence, initially denying everything, he admitted the offences and was handed a concurrent sentence of five years and 11 months.

Detective Sgt Mike Monkton, who led the investigation, said: ‘Not only did Bukhari try and fake his own death and steal hundreds of thousands of pounds from his insurer, he was also brazen enough to impersonate his partner in a bid to progress his claim. ‘If he’d been successful, he would’ve benefited up to the sum of £999,999, but thanks to the initial enquiries carried out by the insurer and their subsequent referral to IFED (the Insurance Fraud Enforcement Department), we were able to uncover the full extent of his fraudulent activity and bring him to justice.’ IFED enquiries also revealed that Bukhari submitted fake documents to try and substantiate his claim, including a medical certificate of cause of death, a death registration certificate, and a trust document.

Similarly to the phone calls with his insurance company, there were several discrepancies with these documents and when IFED tested the medical certificate for fingerprints, three were identified as belonging to him.

The insurer also instructed an independent claims investigation company to carry out further checks in Pakistan, based on the documents that had been provided by Bukhari. They also found no record of a burial having occurred at the cemetery named on the death certificate and no details of the death in the offices where it was supposedly recorded.

Bukhari was jailed in 2018 after conning an elderly couple suffering from dementia out of their home and life savings before getting a hair transplant on luxury spending spree. He blew tens of thousands of pounds buying Rolex watches, jewellery, designer clothes, and phones and made six trips to Pakistan and Dubai, travelling first class. On one occasion he spent £11,000 on a stay at a Dubai hotel.