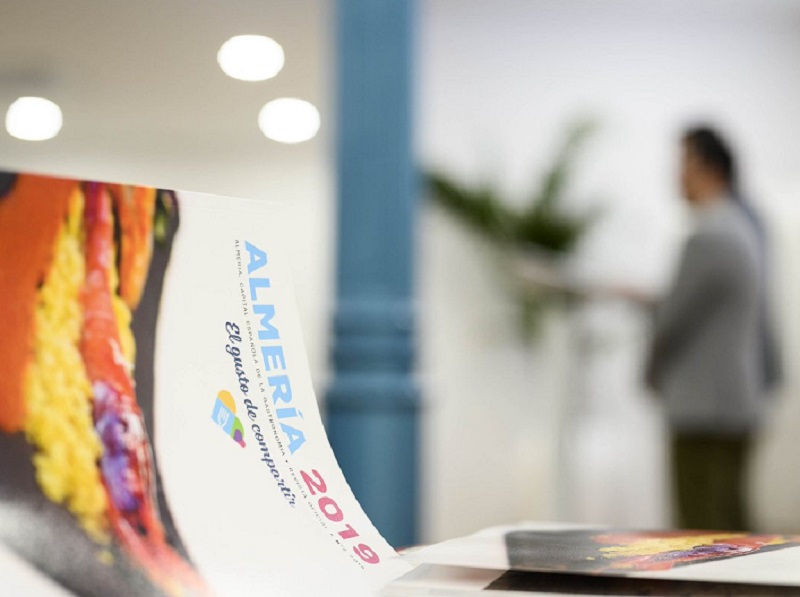 ALMERIA’S year-long status as Spanish gastronomy capital has put not just the city, but the entire province on foodies’ radar, according to the mayor.
Speaking shortly before officially handing over the gastronomy title to Murcia at the FITUR international tourism fair in Madrid, Ramon Fernandez-Pacheco claimed Almeria 2019 had been the best since the award was launched in 2012.
He said Almeria had gained promotion worth €17.9 million and an audience of 335 million people. He also pointed to the 600 food-related activities over the year and the 68,000 people who had passed through the doors of the gastronomy title headquarters in the city centre.
“This has been a project of the whole province, decidedly contributing to making it a gastronomy tourist destination well worth considering”, the mayor commented.
A further benefit of the gastronomy capital status has been that it has “reinforced the feeling of belonging to a common project, the pride in being Almerian, as happened with the Mediterranean Games”, Fernandez-Pacheco added.
He spoke too about how it had brought together different sectors, namely the hospitality trade, farmers and producers, He also highlighted the inclusive nature of the project, with monthly activities for people with different functional capacities organised through different associations, including lunches for the blind through the ONCE Foundation.
“We have highlighted our gastronomy, the quality of our products, the innovation of the agricultural sector, the professionalism and ability of our chefs”, Fernandez-Pacheco concluded, in what he said was a project which had had “the clear involvement of everyone: administrations, the private sector, professionals and society in general.”
Gastronomy capital-related highlights in Almeria last year included the city acting as host for an episode of Spanish Masterchef and serving as the venue for a congress for journalists and writer specialising in food and tourism.
Among last’s numerous promotions beyond the provincial borders were advertising on London buses, at major national airports, in Madrid’s central Plaza de Callao and at cinemas in the Spanish capital.
Fernandez-Pacheco made it clear the promotions linking the provincial capital with fine dining continue this year, now under the slogan ‘Almeria, gastronomy city: irresistible.’