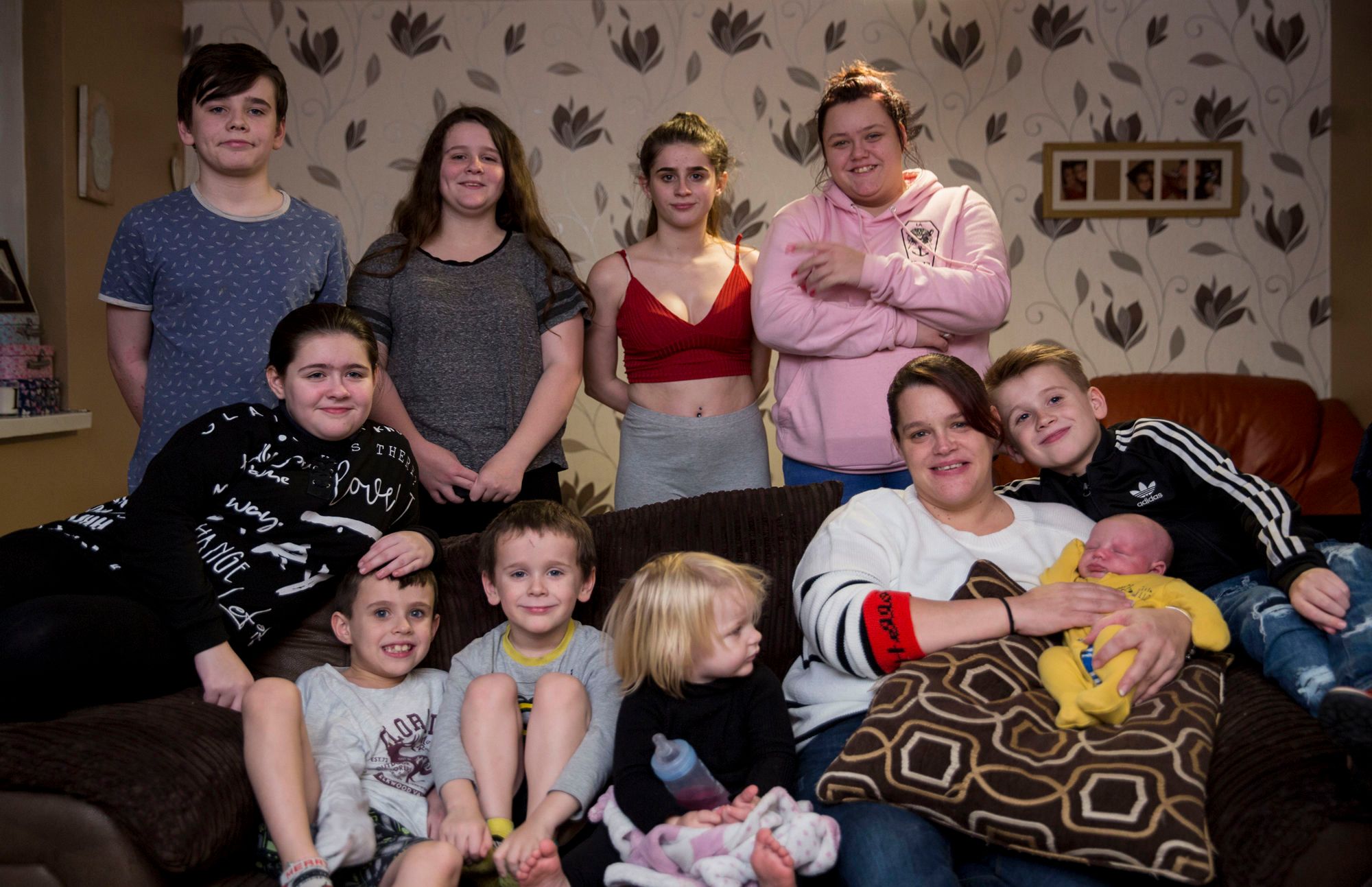 Single mother, Sonya, lives with her 10 children – to four different fathers – and claims she hasn’t had them for the benefits.

The family live in a four bed council flat in Southampton, with eight of her ten children. She says shes been having kids for 18 years now and only knows how to be a ‘stay-at-home mum.’ Sonya and her family will be featuring in today’s 5Star episode of ‘Me & My 10 Kids.’

“I go through one box of cereal in two days, so I get four boxes in a week. It’s hard being on benefits, but my kids do deserve to have a bit more. But then I can’t expect to sit on my a*** and let the taxpayers pay for my children.”

Sonya also mentions how she doesn’t get opportunities to do things with her children.

I don’t really do anything with my kids,’ she explains. “I wouldn’t say they miss out as they’ve never had it to miss it, but it’d be nice to treat them once in a blue moon. They get excited by new school uniform – so how would they be if I took them to the zoo?”

Additionally, she mentions “I’ve been having kids for 18 years, so all I know is how to be a stay-at-home mum. I could get a degree in giving birth. I should get a diploma at it – or they should give me a sticker at least!”

Sonya’s eldest daughter, Shannon, helps support her mother and her siblings by regularly cooking for the family. “I’ve learnt from my mum,” says the teen. “I have friends and when I tell them I live in a family of ten, they’re like, ‘What really?’ They seem really shocked.”

“I just tell them how good my mum is and they tell me she does sound like a good mum. And I tell them, “yes she is.”‘

Despite the praise from her daughter, Sonya feels that she’s always been criticised for her family size. “I’ve been judged for years for being a big family. I’ve gotten used to it. I get slammed quite a bit for being a mum to ten children.”

“I get a lot of horrible comments, like ‘look at that single mum claiming all the benefits for all these children,’ or ‘where’s the dads? How many dads are there to these kids?’ I’d like to clear it up, there’s actually four dads to ten children.”

She further states, “There’s a lot of negativity out there. I was married to their dad for 15 years, seven of the kids are to my ex-husband. I was in a marriage where I thought we’d be together for ever, but obviously we weren’t. I’m not having babies for benefits.

During the show, Sonya takes a rare chance to visit her friend of ten years, Claire. She says that she doesn’t expect Sonya to change anytime in the near future – saying she was ‘born to have kids.’ Sonya holds a different view, and swears she’s finished with having kids.