ELLEN DEGENERES TO INTERVIEW MEGAN MARKLE: EXPLOSIVE REVEAL-ALL ON THE ROYAL FAMILY, PRINCE ANDREW, AND THE REAL REASON FOR LEAVING THE UK 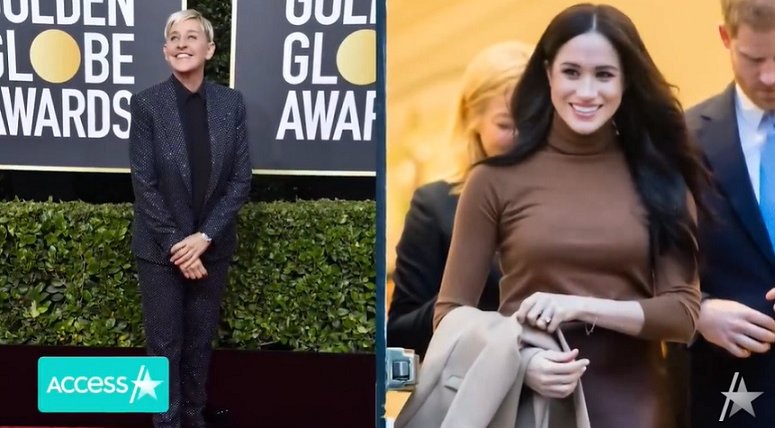 In what is already being described as the interview of the century, Megan Markle is understood to be preparing for an exclusive, one-to-one day-time audience with top American chat show host, Ellen Degeneres.

Markle, 38, and DeGeneres, 61, started their friendship years ago after meeting at a dog shelter. In addition to DeGeneres, Markle and husband Prince Harry also know another media mogul: Oprah Winfrey. A close source who lives in LA has revealed that agents for both Oprah and Ellen have been behind the scenes trying to broker deals for the historic interview that would see Megan walk away with at least 1 million dollars, possibly more.

At this point it is not thought that Prince Harry would be involved but that may change and if he does appear in the interview “the sky would be the limit” and would easily break past records, according to media sources based in LA.

MEGHAN MARKLE WOULD BE WELCOMED IN HOLLYWOOD WITH OPEN ARMS, EXPERTS SAY: ‘WE’D ALL RUN TO THE PHONE’

Oprah Winfrey, who attended the couple’s 2018 nuptials, recently opened up about Prince Harry and Markle’s decision to step back from their senior royal duties, arguing that no one should criticize them for doing what’s best for their family.

The 65-year-old spoke in New York City on Tuesday night, where she candidly shared her thoughts on the “Megxit” news, as well as the media’s reaction to the Sussexes’ plan to relinquish most of their royal duties, live financially independent of the crown, give up their “royal highness” titles and live part-time in Canada.

Although Oprah has been a friend to the Duke and Duchess of Sussex in the past, her unequivocal support could have something to do with the fact that she and Harry are partnered on a business venture to create a documentary series on mental health for Apple’s new streaming service.

The documentary builds on Harry’s work on mental health issues, which included work with his brother Prince William and his wife, Kate Middleton, in their Heads Together campaign.