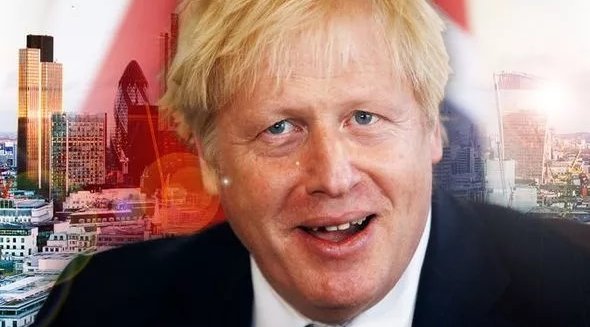 Britain will become a “global trailblazer” after we finally leave the European Union on Friday, says Boris Johnson.

The PM wants the country to become “Great again”, heal its past divisions and “look ahead with confidence” to life as an independent nation after Brexit. It came as the US treasury secretary confirmed that America will “dedicate a lot of resources” to securing a trade deal between the two countries, vowing that, after Brexit, Britain would be “top of the list”.

The Prime Minister is now focusing on reaching out to the world beyond Europe with the relaunch of the “Great” ready-to-trade campaign which is designed to “unleash the UK’s potential”.

In a sign that relying on the European Union is firmly in the past, advertising will centre on 13 non-EU countries. Rolling out on February 1, there will be a digital marketing strategy aimed at priority markets in Australia, Brazil, Canada, China (including Hong Kong), India, Japan, Mexico, Singapore, South Africa, South Korea, Turkey, the UAE and the USA.

It follows revelations that talks on an EU trade deal will not be prioritised and that parallel discussions for lucrative trade deals will happen with the USA, Japan, Australia and New Zealand.

Mr Johnson said: “Friday marks an important moment in the history of our United Kingdom. No matter how you voted in 2016, it is time to look ahead with confidence to the global, trail-blazing country we will become over the next decade and heal past divisions. That is what I will be doing on January 31 and I urge everyone across the UK to do the same.”

The wave of optimism about the future comes as previous critics of Brexit have finally admitted they were wrong and that Britain is well on course to succeed. In spring 2016, the International Mon­­etary Fund – headed by the pro-EU Christine Legarde – forecast that Brexit would lead to a recession.

But the IMF is now forecasting that Britain’s growth will actually be stronger than the Eurozone!

Meanwhile, a PwC survey of chief executives revealed that, when it comes to being an attractive place for business to relocate, Britain is riding high and back to the same level it was in 2015.

According to the survey, it is now the fourth best market in the world to invest for growth, and the number one destination in Europe.

Significantly, in a complete reversal of their original estimates, chief executives in Germany, France and Italy put Britain in their top three markets. A recent report said that Economic recovery has reduced Spain’s borrowing costs, and inflation has remained modest. Interestingly there has been no comment from the Spanish trade ministry regards the Pm`s statement…