GET YOU OWN FISH! :SPANISH AND EU COUNTRY’S FISHING RIGHTS FINISHED 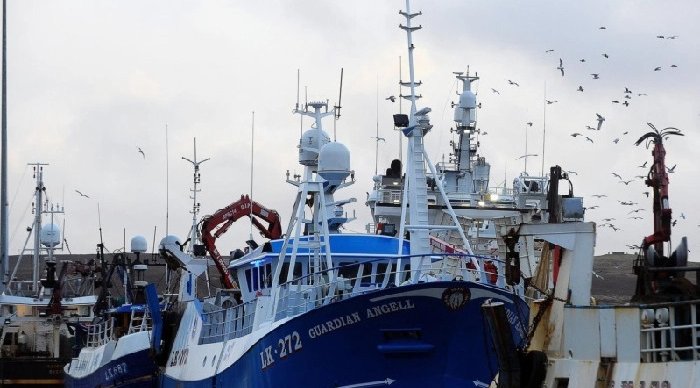 Under the Fisheries Bill, Britain will leave the European Union’s Common Fisheries Policy at the end of the 11-month Brexit transition period on Dec. 31, giving it the power to operate as an independent coastal state.

Fishermen and their families all over the Uk are “ecstatic” after hearing about the new ruling, the industry can now push ahead with “fresh investment and a future of growth and sustainability” said an industry analyst.

Speaking to one Captain of a scottish-family-owned fishing vessel he said, “OMG, I can’t believe it, our dreams have finally come true, we can now fish in our own waters and make a living, thanks Boris! ”

Apart from getting battered by the treacherous waters of the North Sea, the fisherman in the Uk have for years suffered poor catches and even violence while out on their boats caused by over-fishing from the mainly Spanish and French boats. It was the lack of control of fishing rights however that caused the most distress, this is about to change drastically.

The Department for Environment, Food and Rural Affairs said:

“In future, access to fish in UK waters will be a matter for the UK to negotiate and we will decide on the rules that foreign vessels must follow,” it said in a statement.

Regaining control of Britain’s rich fishing waters, a totem for Brexit campaigners may have repercussions for its much larger financial sector as the EU and Britain negotiate final departure plans.

Hopes were high that Prime Minister Boris Johnson would prioritise the financial sector – Britain’s largest export industry and biggest corporate tax generator – in trade talks. But bank sources told Reuters last week that a push by the EU for fishing access to UK waters and London’s stance that it will diverge from EU rules are prompting them to review hard-Brexit plans that could see more jobs than anticipated move to Europe.