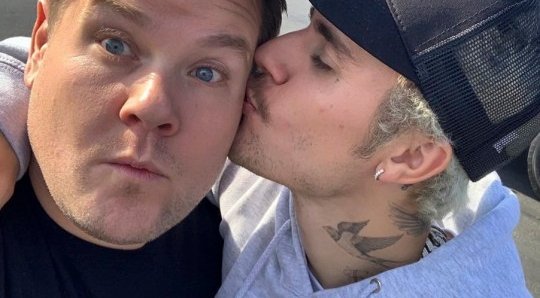 ‘Wait… you weren’t driving the car?’ Justin tweeted to his 108.6 million followers.

Justin Bieber wasted no time in trolling James Corden as the comedian came clean about not actually driving the car for their Carpool Karaoke Show.

James Corden had to take a moment out of his regularly scheduled good times on “The Late Late Show” Wednesday night to address some very serious allegations that have been levied against him and the show.

“I want to get ahead of everything and address those rumors and assure you, my audience, that these accusations are not true,” he said. “I really hate that I’m about to say this, but fake news, okay?”

The story broke — and it broke big — after someone filmed a segment of the upcoming installment featuring Justin Bieber. In the clip, the car is clearly being towed.

“I know this looks bad,” James conceded. “But I just want to say right now, that I always drive the car unless we’re doing something where we think it might not be safe, like a dance routine or a costume change or if I’m drunk.”

In this case, though, he said the reason was quite simple. “Frankly, I just kept getting lost in his eyes,” James revealed.

Remarkably, he pointed out that the short clip of him and Bieber being towed around Los Angeles had already amassed 13 million views, “which is more than some Carpool Karaokes.”

Now, the new game for fans can be to go back and look at the Carpool Karaoke segments for Meghan Trainor, Migos, Cardi B and Chance the Rapper to try and see when James opted to tow the vehicle for safety reasons. And then, try to figure it out again whenever the latest Justin Bieber installment drops.

Of course, in light of this controversy, James might just tell audiences which part it was after the segment debuts. My guess is the part where James is getting lost in Justin’s eyes.