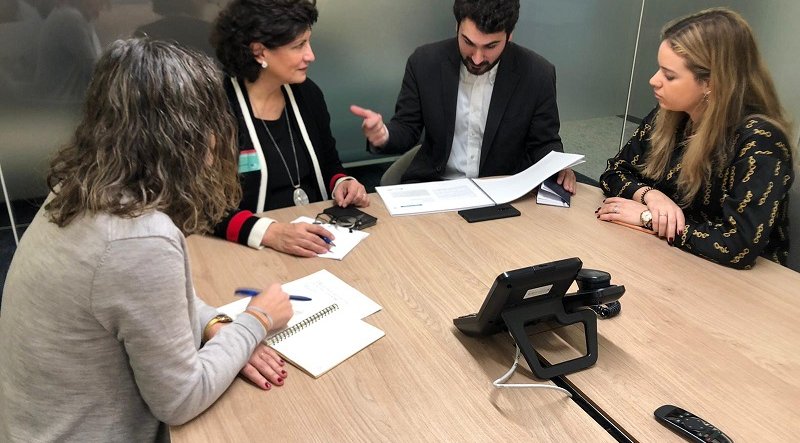 THE Almeria provincial government is seeking funding from the European Union for water, energy and agriculture.
The delegate for Economic Promotion, European Initiatives, Trade and Business, Carmen Navarro, was in Brussels this week, where she had meetings with European Parliament representatives with the aim of strengthening the Integrated Territorial Investment programme for the province.
The Diputacion de Almeria said it believes there could be important investments under the programme “which would contribute to key strategic sectors of the Almeria productive fabric.”
Water, energy and agriculture are, the Diputacion affirmed, “three of the main pillars supporting the provincial economy and which would be approached from the sustainable development and ecological perspective.”
Carmen Navarro reported that the meetings in the Belgian capital had been constructive.
“We find ourselves at just the right time to promote the ITI in the province because the EU will soon approve the community budget framework for 2021 – 2027”, the deputy commented.
“For this reason it is necessary that the Parliament’s representatives are informed in person of the needs of the province and that these investments could come improve services and infrastructure.”
She underlined the Diputacion’s view on the importance of the EU’s institutional and financial backing for the province in order to develop the ITI, which she maintains will “generate new opportunities for Almeria society, above all in the creation of jobs and wealth in the 103 municipalities.”
The deputy also highlighted the positive impact the ITI could have on the provincial economy, and therefore “add new synergies in the demographic challenge of the fight against depopulation, always under the premise of continuing to develop a model of sustainable intensive agriculture, giving particular attention to clean energies, and more so than in the current context of environmental awareness-raising.”
The Diputacion clarified that the ITI is an instrument designed by the EU to support a collection of integrated actions in a specific geographical area with the objective of meeting the zone’s specific needs, also describing it as a management tool defined under EU regulations, which allows for the application of a territorial focus in the conception of and putting into practice of public policies.