BREXIT IS DONE: The final hour, UK waves farewell to the EU 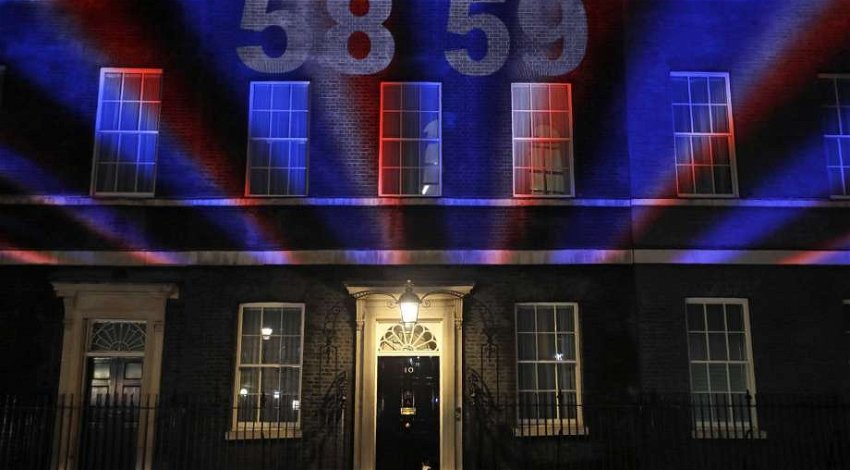 A clock counting down the final hour before the UK officially left the EU was projected on the front of No 10 Downing Street, which was bathed in red, white and blue light.

A short walk away, anti-Brexit protesters, were stopped by police from entering the Parliament Square. They had attempted to ride through the rally, but Metropolitan Police officers formed a line to stop them from passing. About 30 officers, supported by police on horseback blocked off another street to prevent the group from moving closer.

The founder of the Labour Leave group, John Mills, spoke to Parliament Square audience about his experience:

“I thought we would do badly on trade and that the EU would sell more to us than we would sell to them, and that happened. They betrayed the fishing industry completely. So today is a great day. We won a really important battle but there is a long way to go.”

“In our diplomacy, in our fight against climate change, in our campaigns for human rights or female education or free trade we will rediscover muscles that we have not used for decades. The power of independent thought and action.”

A crowd of pro-Brexit supporters gathered at the gates of Stormont, the seat of Northern Ireland’s developed government, in east Belfast to count down to 11pm GMT when the UK officially left the EU.

Many were holding Union flags and were ready to toast the moment Brexit became official.

“In just 14 minutes time something truly remarkable is going to happen. Something that I fought for, for 27 years and something many thousands of you have given your time and money for.

There is one thing above all we must celebrate tonight and it is this: The reason we are here tonight is because Westminster became detached from the people in this country. The people have beaten the establishment. The real winner tonight is democracy.”

As the clock struck 11pm GMT, the nation officially enacted the biggest constitutional change in living memory and, in doing so, became the first member state ever to leave the EU.