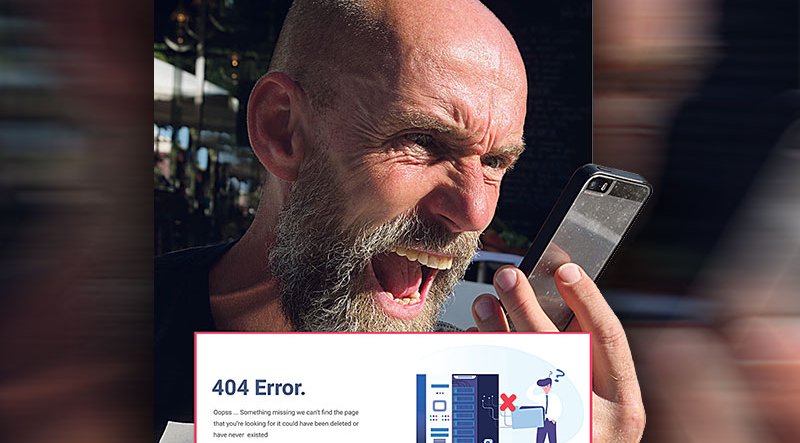 HELPLINE ASSISTANT: As much use as a marshmallow dagger!w dagger!

LAST week, at considerable expense and after four days of extreme duress, I acquired a ‘Happiness Engineer.’ He wasn’t an anger management guru, but instead a helpline assistant working for the WordPress company in America.

WordPress, for the record, is extensively used by bloggers such as myself, and for reasons best known to the bosses, they chose to saddle their assistants with the cheesy title of ‘Happiness Engineers.’ Only in America, huh?

I was forced to communicate with WordPress after a site I administer for a UK-based LGBT charity, the Pink Triangle Trust (PTT), went down – just as I was about to post an important item of news concerning a friend, Cliff James, who had just featured in a BBC documentary about paedophile priests in the Church of England. James had been a victim of abuse by the late Bishop Peter Ball.

In a bid to avoid an expensive phone call to America, I tried to get the problem resolved by using WordPress’s ‘live chat’ page. I was then directed to a site called ‘Just Answers,’ and was informed that I’d have to pay $5.00 before I could get any help. The site looked kosher, but before paying I checked its credentials, and all seemed tickety-boo. So I used my Barclays debit card to complete the transaction.

After my card was declined, I had no option but to call WordPress. I gritted my teeth when the bloke at the other end of the line said ‘Hi, I’m Ghupta, your Happiness Engineer.’

After Ghupta proved as much use as a marshmallow dagger, DragonStack, a local website development company that designed my site, got onto WordPress which said the matter would be sorted – after it received payment of $97.36!

When I was emailed the bill, I again used my Barclays card. This payment was also rejected so I used my husband’s card instead. After that, I decided to take a breather and wait until the site was restored.

Then I got a telephone call from Barclays’ fraud team, informing me that, following my attempt to pay the $5, multiple efforts had been made to extract various amounts from my account. These ranged from  £250,000 to £5 million.

As I listened aghast to what Barclays was telling me, the conversation was suddenly terminated, and I had to call back for further information. For 35 minutes I was kept on hold, listening to annoying muzak. Then Barclays’ equivalent of a ‘Happiness Engineer’ asked me to log onto my online banking account, without saying why.

When I tried to do so I found I was locked out. ‘Ah, that would be because your debit card has been blocked,’ said the assistant in an inappropriately cheery tone.

When I said I needed to draw cash that day, she said ‘no worries, just pop into any branch with your card and a passport.’ I barked that this wasn’t an option as I live in Spain.

Her reply? ‘Oh, that’s nice. What’s the weather like there?’ I screamed ‘it’s p***ing down stair rods! We have thunder and lightning and gale force winds!’ When she said ‘well, it’s lovely over here,’ my phone went flying across the room.