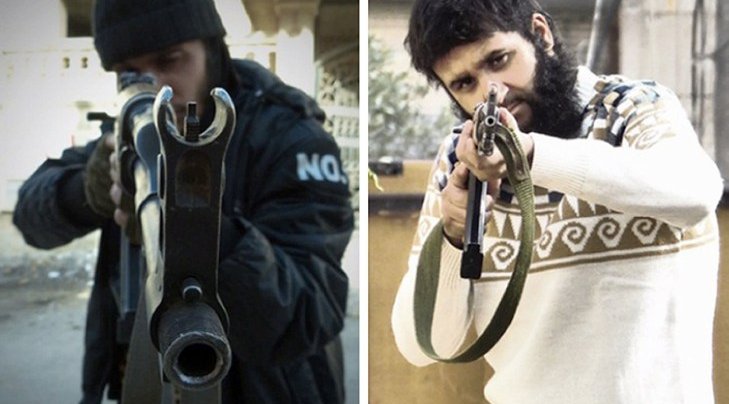 After serving just half of their prison sentences ten extremists could soon be walking free on the streets of Britain.

In the wake of the Streatham and recent London Bridge terror attacks, Boris Johnson has pledged to stop automatic early releases for extremists from this year, talks are underway with the justice system to keep terrorists and extremists behind bars for the full length of their sentence. He is due to make an announcement this Monday.

The main picture shows Mohammed Nahin Ahmed (left) and Yusuf Zubair Sarwar, from Birmingham, who both admitted to spending eight months in Syria fighting alongside an al Qaida-linked terrorist group, they are due for release soon.

Both Sudesh Amman, who was shot dead after stabbing two people in south London on Sunday, and Usman Khan, who fatally knifed two University of Cambridge alumni in December, had been freed midway through their sentences. Although the PM hopes to introduce the new legislation as early as this week, he is facing a potential legal battle meaning the following terrorists who are up for review in the coming months could be released soon.

As reported earlier by us at EWN, the government is considering obligatory lie detector tests to be taken by terrorists before their release, this has yet to go through parliament and the Lords, however. Lawyers also argue it would cause a huge backlog of delays in the courts, while human rights groups said the emergency change of law without review, could cause more problems than it creates.

Under current laws, certain terrorists can go before the parole board after serving as little as half of their sentences depending on their offence and behaviour behind bars. If they are freed, they are placed in a transition period under police scrutiny while they re-adjust from prison life back into the public.

The new proposed legislation would see terrorists serve a minimum of two thirds of their sentence before they are considered for early release. However, lawyers and ministers have argued the PM’s emergency legislation overhaul could backfire as it risks offenders being released into the public with no surveillance.

NB: It is worth remembering that the Uk still has to abide by EU law until December 2020 which allows time for Human Rights Activists to lodge complaints against the UK regarding removing parole opportunities for long term prisoners etc.