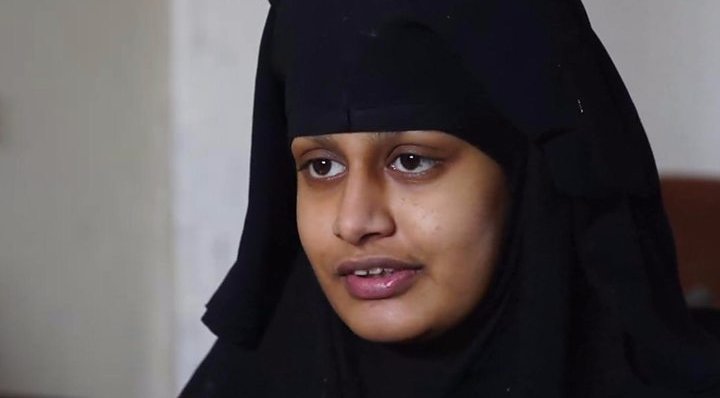 SHAMIMA BEGUM has lost the first stage of her appeal against the government’s decision to revoke her UK citizenship.

Ms Begum, now aged 20-years-old, had left London in 2015 when she was 15 to become a bride in the Islamic State. Within days she crossed the Turkish border to reach the IS headquarters in Raqqa, where she married a recruit, where together they had three children – all of whom have subsequently died.

She was later found in a Syrian refugee camp in February 2019 and publicly appealed to return to the UK. However, former Home Secretary Sajid Javid deeded to strip Ms Begum of her UK citizenship.

Ms Begum’s lawyer, Daniel Furner, said his client would immediately initiate an appeal against the decision as a matter of urgency due to the increased threat on her safety at the refugee camp she is currently stationed at in northern Syria.

Judge Doron Blum said that although there were concerns about how Ms Begum could take part in the proceedings in London, these difficulties did not mean the home secretary’s decision should be overturned. Announcing the decision after the tribunal he said:

“Ms Begum left the UK apparently of her own free will some years before the decision – and she was not outside the UK as a result of the decision.”

The Home Office have welcomed the ruling, stating that “it would be inappropriate to comment further whilst legal proceedings are ongoing”.

As Euro Weekly News understands, the case will now move on to consider whether the government had legitimate national security grounds to bar Ms Begum from coming back to the UK. The Special Immigration Appeals Commission (SIAC) also said she could instead turn to Bangladesh for citizenship as under international law, it is illegal to deprive nationals of citizenship to leave them stateless.

Rejecting the 20-year-old’s case that she had been left stateless, the Commission concluded that Ms Begum was “a citizen of Bangladesh by descent” and that she does have a claim to Bangladeshi nationality through her mother.

However, in February 2019, Bangladesh’s ministry of foreign affairs said Ms Begum was not a Bangladeshi citizen and there was “no question” of her being allowed into the country.