Spanish Exclusive: An Insight into the Making of Bargain Loving Brits In The Sun 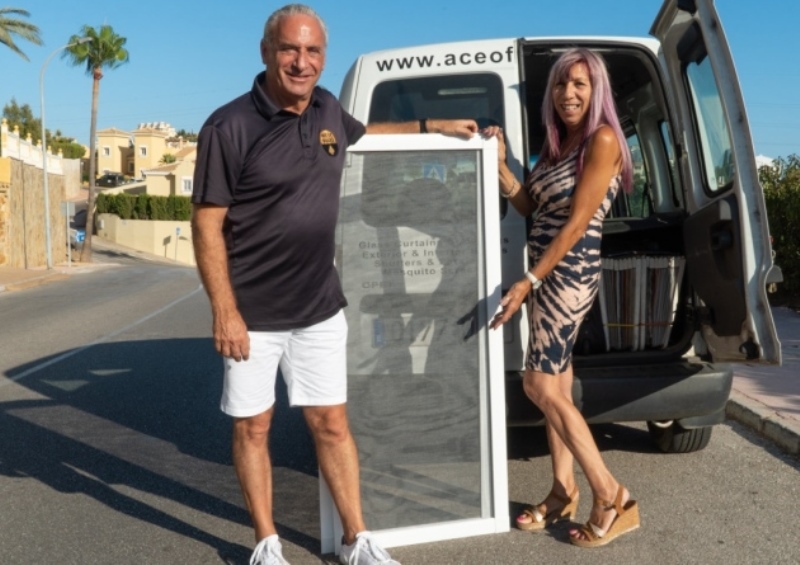 Michelle and Tony ready for work

AS many readers will be aware, Channel 5 is airing a new series of Bargain Loving Brits in the Sun every Thursday and this run looks at life on the Costa del Sol.

A recent episode focused on Michelle and Tony Johnstone who run Ace of Shades which supplies a whole range of different items including glass curtains, shutters, shades and much more.

As regular advertisers with Euro Weekly News for over 10 years it made sense to speak to Michelle (Tony was out working) to find out about their experience and how they became involved.

Michelle is a very popular and outgoing personality who when not managing the advertising and social media for the business is involved in organising get togethers in La Cala de Mijas for the southern group of Ladies of Spain which was created especially to help new arrivals as well as others on the Costa del Sol to meet up with English speaking residents to make life a little easier.

It appears that one of Michelle’s friends had responded to an appeal for participants in this series of the TV show without telling the couple but when approached to enter a casting call, they decided to go ahead having previously turned down other invitations, including Come Dine With Me.

The producer met them in June of last year and they were an obvious choice to be in the show as they have so much knowledge of the Costa having lived here for 12 years.

Michelle admitted that after four weeks of filming (not of course every day) much of which was out of sequence, she was worried that as they had no control over the finished item and that once the piece was edited it might not be all that they had hoped for.

Not having seen the finished programme until it was aired, the pair of them with the third member of the family, rescue pet dog Lolly who appears in many scenes, sat with baited breath but they were delighted with the result.

One amusing incident arose during the main part of the shooting when one shot of Michelle in her car had to be re-filmed as the crew felt that after being tooted at by another driver, her fruity response was probably best left on the cutting floor.

Although she hasn’t been asked for any autographs as yet, Michelle has been recognised as she has been out and about in Riviera where they live and the business has benefitted with two or three new customers contacting them immediately following the show.

They both loved the experience and even enjoyed the fact that the crew came back in November to tie up loose ends and film continuity shots where they had to wear the same clothes as in the summer.

Watch this space to see whether they do take part in a follow up series which they would be more than happy to do as the entire crew were so nice and made their first appearance before a camera a pleasure rather than a chore.