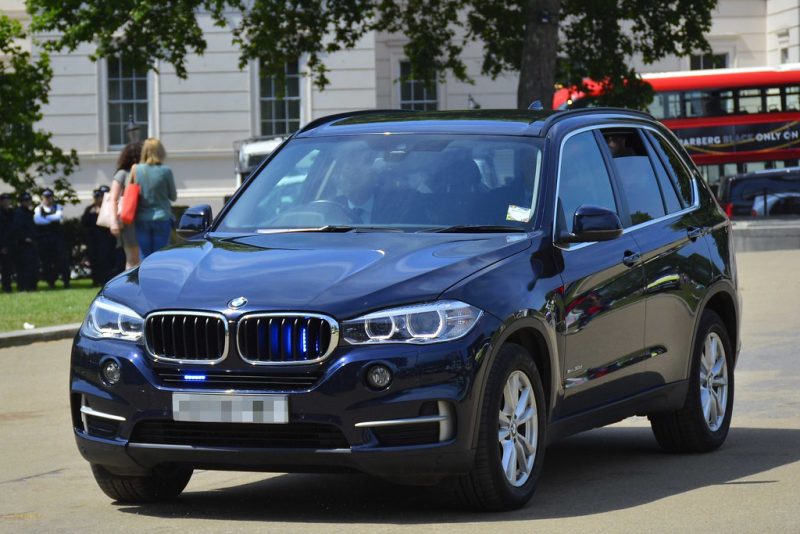 UK Policeman PC Paul Brown, who is a qualified police driving instructor has been cleared of 11 speeding offences, despite using a police car on full blues and two’s to get to his son’s college meeting on time.

The policeman was given permission to take an unmarked police car to make the 17-mile round trip.

He flew down the A11 in Suffolk and was clocked at an astonishing 122 miles an hour with all the sirens blazing. Another policeman became suspicious of PC Brown’s actions and reported him after checking the police cars data when the car returned to police headquarters.

The onboard data and dashcam footage showed the speeding cop racing in a 30mph zone at 101 mph, forcing cars and lorries to pull out the way after hearing and seeing the sirens, jumping red lights and mounting kerbs as he raced to the college meeting.

PC Brown’s defence to the court was that he was self-assessing his driving skills as a qualified police driving instructor. The prosecution claimed he had not been authorised to use the car for his training whilst driving solo back and forth to the college. In their opinion, he was late for the college meeting and that was the reason he drove as he did, because he was simply late.

Another policeman who is a senior driving police instructor, PC Waller, told the judge that whilst Brown had permission to take the car, he had no permission for any self-training and that caused him concern to check the car’s data on its return which revealed the drivers’ actions. He also told the court that he was disappointed the car had been used in such manner for a private meeting.

Whilst PC Brown told the court, “I wanted to keep my driving skills up to scratch” and claimed it was nothing to do with being late.

Magistrate Anne Walker listened to both sides of the argument and decided that there was no written rule or policy to how police drivers should do their own training, and on that basis cleared the driver of all charges.

She added, “We can not be sure that Mr Brown did not undertake these two journeys whilst carrying out his own CPD training.”
The magistrate called for the Norfolk and Suffolk police force to update and draw new procedures to how driver training was carried out.