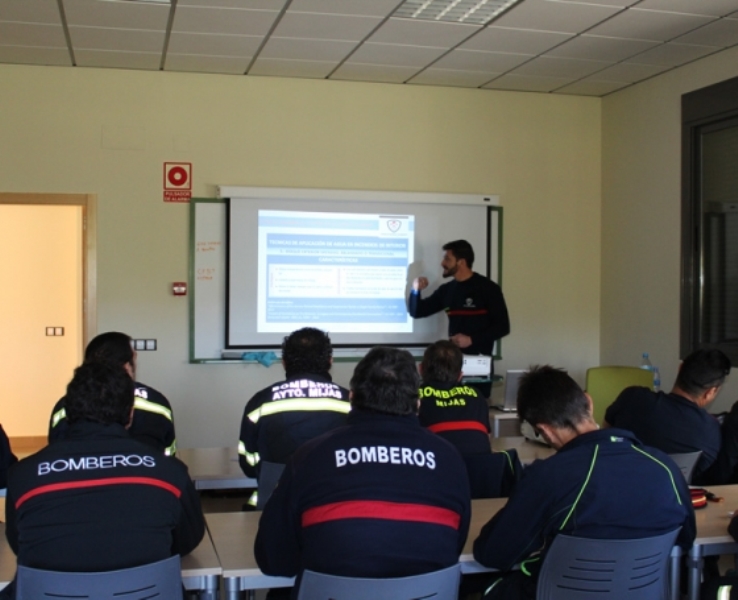 THERE are two important courses aimed at training staff in Mijas to better assist people in difficulties with either serious heart problems or if threated by toxic gas inhalation.

The first course revolves around the 28 semi-automatic defibrillators which have been installed in municipal building around the town as it is imperative that in the event of an emergency, colleagues and staff are able to react quickly and efficiently.

Each course will be open to eight people from different departments in order to ensure that knowledge is spread as widely as possible and those arranging the courses in CPR also want to ensure that this is an option that will help keep someone alive whilst other members of staff call 112 to get professionals on site as quickly as possible.

One attendee of the course explained that although the actual procedure was quite simple and intuitive it was important to be properly trained in the equipment’s use.

The other course which was aimed at firefighters was organised by the Forem Aguas de la Mancomunidad Centre of the Western Costa del Sol and is intended to improve or reinforce their knowledge on the principles and techniques of ventilation in order to release toxic gases over a period of days.

There are many new technologies involved and it is imperative that those on the frontline should be aware of the best way of using all equipment safely and effectively.

10 fire fighters from Mijas joined other professionals from Benahavis, Benalmadena, Casares, Estepona, Fuengirola, Istan, Manilva, Marbella, Ojen and Torremolinos to study the next generation equipment and to discuss their own experiences.

Special attention was given to the tactics of dealing with ventilation problems in a range of sites from homes to industrial buildings as well as confined spaces.