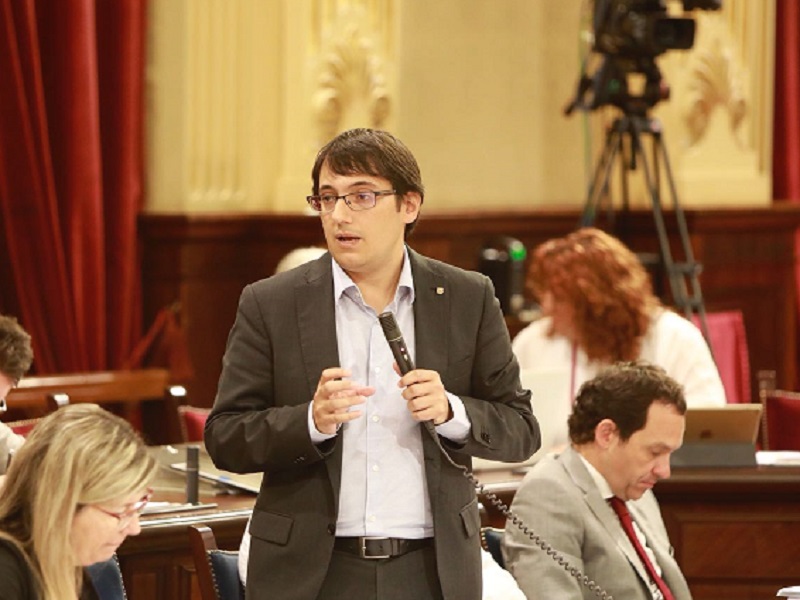 COMMUNICATION: The Tourism minister said the aim is make it clear what kind of tourism the Balearic Islands do and do not want CREDIT: Iago Negueruela Facebook

BALEARIC government Economic Model, Tourism and Employment regional minister Iago Negueruela is travelling to London on Wednesday to explain the ban on drunken tourism to the British Foreign Office.
The recently approved decree is aimed at putting an end to the kind of excessive behaviour seen in Arenal and Magaluf in Mallorca, and in the West End of Sant Antoni in Ibiza.
This will be the first time the Balearic government has held a meeting at the UK Foreign Ministry, Negueruela told the regional parliament on Tuesday in response to a question about what actions the administration is taking to explain the decree to Britain and Germany, the principal countries from which these kinds of problematic tourists originate.
The regional minister said his department has organised round-table takes in the British capital. The Association of British Travel Agents (ABTA), several tour operators and airlines and the British press are expected to be there.
The Balearic government and the British consulate are meanwhile launching a joint campaign in order that “there is no doubt about the kind of tourism which we want and which we don’t want in our islands”, Negueruela affirmed.
The regional administration announced a few weeks back that following the approval of the decree it would run a communication plan to explain the content and to respond to tour operators’ queries.
At the beginning of this month the decree got the backing of all the political groups in the Balearic parliament, with the exception of the far-right Voz party.
The regulation prohibits in the three zones advertising relating to alcohol consumption, free bars, pub crawls, happy hours, alcoholic drink self-dispensers and the sale of alcohol in shops between 9.30pm and 8am.
The decree includes expelling any tourist practicing ‘balconing’ from any hotel and slapping them with a fine of between €6,001 and €60,000. It also limits festivities on so-called party boats.
This is the first regulation in Europe which restricts the promotion and sale of alcohol in certain zones and anti-social behaviour in hotels.