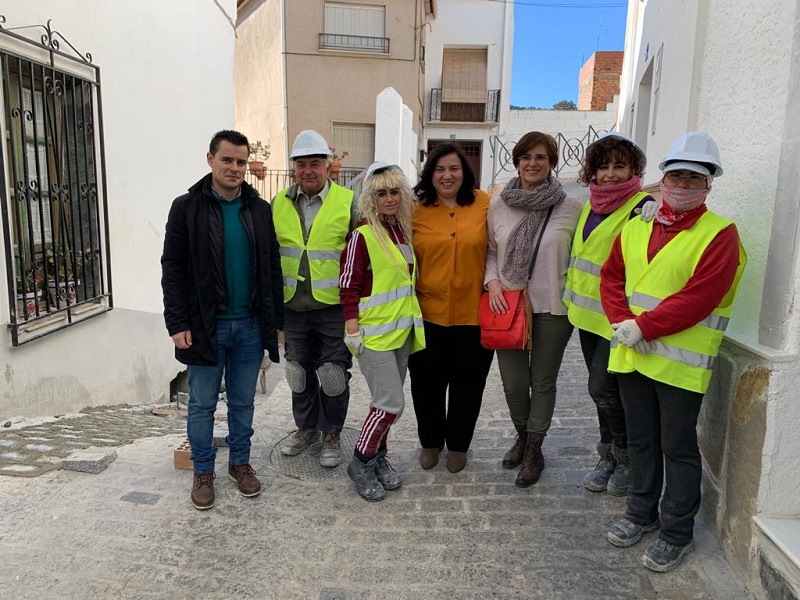 A MORE than €400,000 cash injection into Seron and Tijola has the double benefit of improving infrastructure and services and of creating 4,000 working days, according to the Diputacion de Almeria.
The investment under the provincial government-managed PFEA Rural Employment Development Plan covers a series of works. In Seron these include repaving, repairing urban infrastructure and smartening up public spaces.
It is much the same story in Tijola, where €206,000 is being spent on measures like resurfacing streets, altering pavements, laying new pipes and installing new benches and rubbish bins. Works are also being carried out at the municipal Guardia Civil station.
Diputacion PFEA deputy Matilde Diaz paid a recent visit to both municipalities to check out the progress on the various works and to find out directly what the local councils would like to see done under the plan.
“These measures are very important for all the municipalities, as thanks to these basic public infrastructure is modernised and updated, which is essential for improving the quality of life of residents of these localities”, Diaz commented.
The deputy described the PFEA as “an unbeatable tool which the province’s local authorities have at their disposal to fight depopulation, one of the main objectives we have set as an institution for the next few years”, she added.
“This is one of the most important plans which the province has to keep population settled and to boost the modernisation of infrastructure, especially in inland municipalities.”
Diaz talked too about the importance of the PFEA for those for whom it provides employment.
“They feel motivated because as well as accessing the labour market, they are working on improving their municipality’s basic infrastructure”, she maintained.
She also reported that the Diputacion has launched a series of meetings in municipalities with PFEA workers so that they are informed about their rights and the importance of the programme for the province.”
The PFEA is a collaboration between the provincial government, the Junta de Andalucia and the councils participating in the SEPE State Public Employment Service investment project.