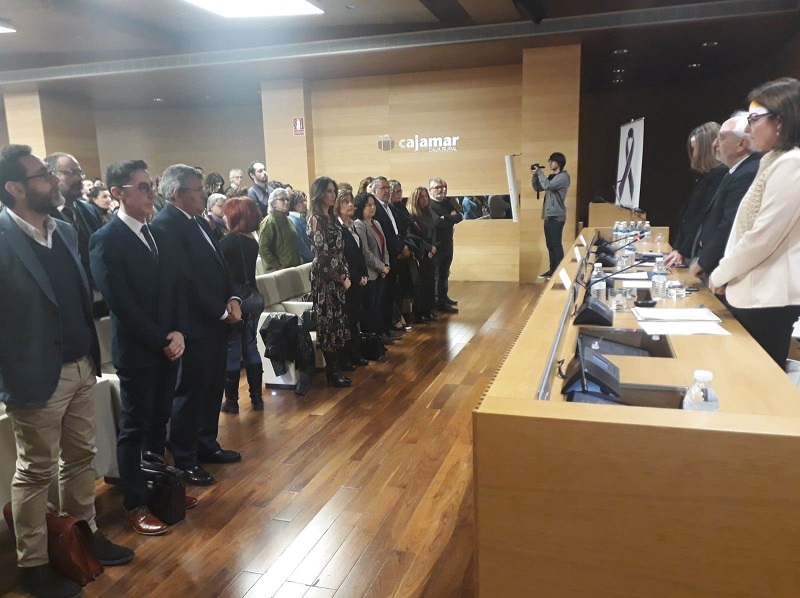 THE rights of gender-based violence victims were the central topic at an informative initiative organised by the Government Sub-delegation in Almeria.
Some 250 professionals attended the event in the provincial capital aimed at providing information on the rights and State-managed services available to women, and their children, who have suffered at the hands of their partners or former partners.
The meeting covered topics including Social Security payments, unemployment protection and residency authorisations for foreign-born gender violence victims.
Participants also observed a minute’s silence in honour of the victims.
“Administrations have to make it easy for women to get out of a violent situation, not only through reporting it, but also allowing them to gain an autonomy which means they can lead their own lives”, Government Sub-delegate Manuel de la Fuente told the participants.
Almeria ended 2019 with 2,150 active gender violence cases, the Sub-delegation’s Violence Against Women Unit reported, 10.8 per cent more than at the close of the previous year, when there were 1,940.
These were all cases which required protection and monitoring of the victim by National or Local Police or Guardia Civil in the municipalities which are signed up to the Interior Ministry’s Secretary of State for Security Gender Violence Integral Monitoring System (VioGen), due to the risk of physical or psychological harm. Eight were classified as extreme or high risk of recurrence.
There was one gender violence-related death in Almeria last year. This put the total number of women who have died in the province at the hands of their partners or former partners since 2003 at 35. Two children have also lost their lives in that time in Almeria in cases related to violence against women.
A total of 1,025 women in Almeria who are gender violence victims were incorporated into the VioGen system in 2019. Between the time the system was launched in 2007 and the end of last year, 13,432 women have come under the protection provided by law enforcement agencies.
The Sub-delegation’s Violence Against Women Unit also revealed the 016 telephone line offering gender violence-related information and legal advice dealt with 784 calls in the province in 2019, 13.85 per cent less than a year earlier.
The service, which is coordinated by the Health, Social Services and Equality Ministry though the Government Delegation for Gender Violence, is aimed not just at victims, but at society in general.
In addition the report showed there were 142 ATENPRO attention and protection service devices in operation in Almeria at the end of December. The service provides victims with direct contact to a help centre at any time and wherever they are, specialised personnel able to mobilise the necessary resources in the event of an emergency.