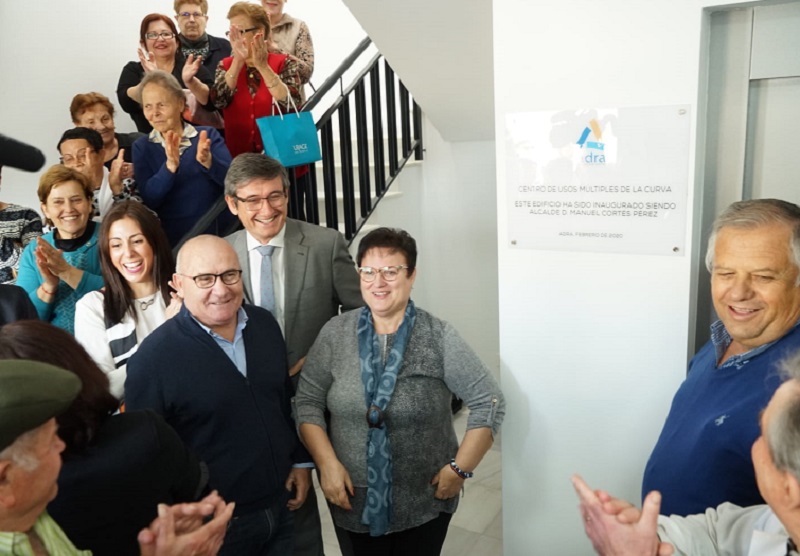 PLEASED: The Mayor was delighted with the end result. CREDIT: Ayuntamiento de Adra

THE NEWLY upgraded and enlarged health centre and multi-purpose building in the La Curva district of Adra will provide an improved service, the council says.
Mayor Manuel Cortes officially inaugurated the building this week following completion of a €200,000 project to update and enlarge the structure.
He said he was “really pleased” with the end result, and said it represented the fulfillment of a council commitment to La Curva residents.
The Mayor, along with councillors, members of local associations and the senior citizens’ centre and health centre staff took a look round the updated facilities.
It now has an upper 285sqm floor with three large rooms for various uses, including a permanent adult education centre and a much bigger public library than the old one. The idea is to use the spaces for courses, conferences, workshops and the like.
There is also second consultation room, allowing for the doubling of the medical centre staff to two doctors and two nurses.
“Thanks to this modernisation and enlargement neighbours can make use of a building with many more possibilities, with great capacity, more complete and more accessible”, Cortes commented.
“It is a social and services reference point for all La Curva inhabitants”, he continued, “a building which without doubt fits the neighbourhood’s and residents’ current needs, but also the needs of the future given this is a district undergoing growth.”
Cortes took the opportunity to talk about what he said are his administration’s efforts to improve the lives of all Adra residents, in whichever area of the municipality they live.
The La Curva building had been a priority he said, residents having long demanded a second consultation room.