CULT MOTHER arrested following the disappearance of her two children 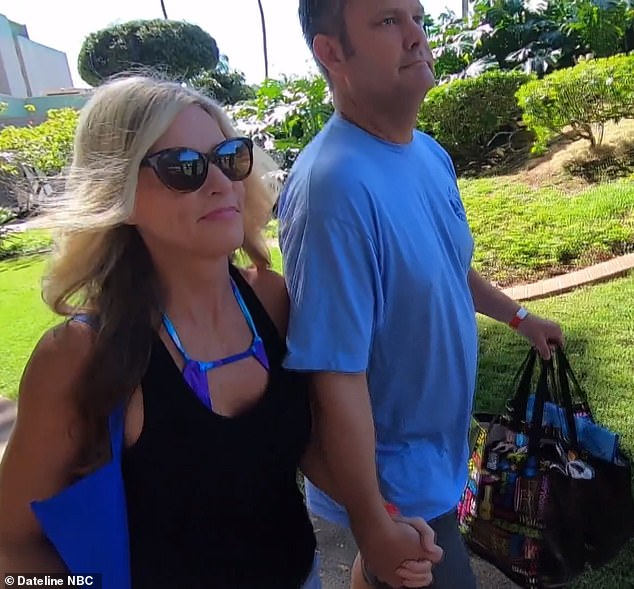 Lori Vallow is arrested in Hawaii on several charges including child abandonment in connection with the disappearance of her two missing children who haven’t been since seen September.

Cult Mother Lori Vallow was finally arrested in Hawaii on Thursday night after she ignored questions about her children who have been missing for more than three months.

Vallow was arrested on a warrant that these issued out of Idaho, the last known whereabouts of her two children; JJ, aged seven, and Tylee, aged 17.

The children’s extended family are gravely worried about them, as neither of them have been seen since September.

Lori has refused to tell authorities where the children are, after their family have been frantic and desperate, instead Lori has been staying silent and enjoying a quiet life in Hawaii with her new husband, Doomsday author Daybell.

The couple are said to be obsessed with the end of the world and spirituality.

Six weeks after the children disappeared, the pair got married in a beach ceremony in November.

Lori has also been charged with desertion, non-support of dependent children, arrests and seizures, resisting or obstructing police officers, criminal solicitation to commit a crime, and contempt of court – wilful disobedience of court process of order.

The children’s whereabouts remains a mystery, but it puts Lori in custody for the first time since the ordeal began.

Along with the disappearance of JJ and Tylee, she may have to answer questions about the suspicious deaths of her brother, Alex Cox, who died in December in mysterious circumstances, and that of her estranged husband Charles Vallow, who Alex shot dead in July.

The couple, fled to Hawaii in mid-December after leaving Idaho when police started to question them about the missing children.

The search for JJ and Tylee was launched in late November after Rexburg police conducted a welfare check ordered by concerned relatives who said they hadn’t spoken to JJ, who is autistic, in months.

Both children were last seen in September, but were never reported missing by their mother or stepfather.

When officers first went to Lori’s home in November, she told them that JJ was visiting relatives, which investigators confirmed was a lie.