People of Pedregeur do their bit to help those less fortunate 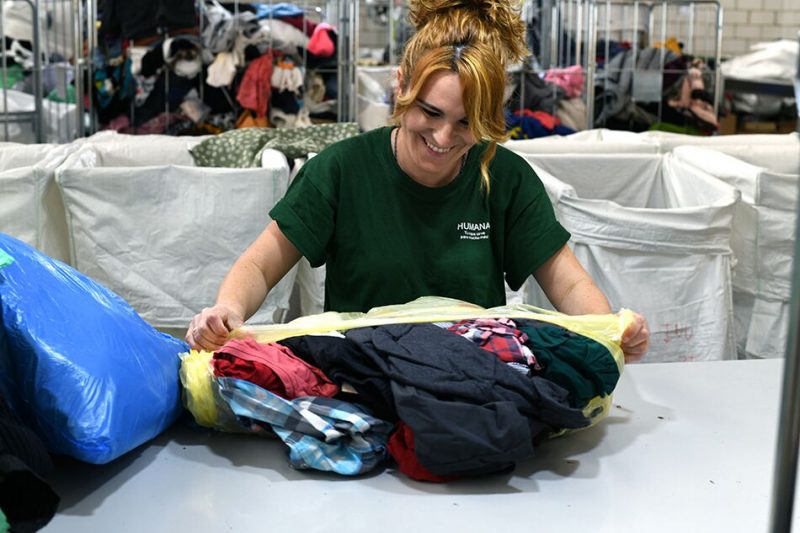 THE people of Pedregeur recycled more than 24 tonnes of textiles and clothes in 2019, the equivalent to 55,000 garments.

The donations were placed in containers provided by the Humana Pueblo for Pueblo Foundation, which was established in 1987, to promote environmental protection through textile reuse by donating them to projects in Africa, Latin America and Asia, as well as projects closer to home.

The reuse and recycling of textiles during the last 12 months represents a reduction of 78 tonnes of CO2 into the atmosphere, according to a study by the European Commission, which states that for each kg of recovered and non-incinerated clothes, 3,169 kg of CO2 are no longer emitted.

The social benefit is the creation of inclusive, stable and quality jobs.In the last 30 years, the Foundation has allocated more than €31 million for the training of primary school teachers, the promotion of sustainable agriculture or the fight against HIV / AIDS, among other cooperation actions.

The foundation has thanked the people of Pedregeur for their ‘solidarity and trust’ in helping to make the waste management sector more sustainable ‘with a vision of circular economy, since the clothes are introduced again in the chain of value.’

A spokesperson said such efforts “generate resources with a positive social impact, create green and sustainable employment, influence the local level and promote the improvement of the living conditions of the most disadvantaged communities.