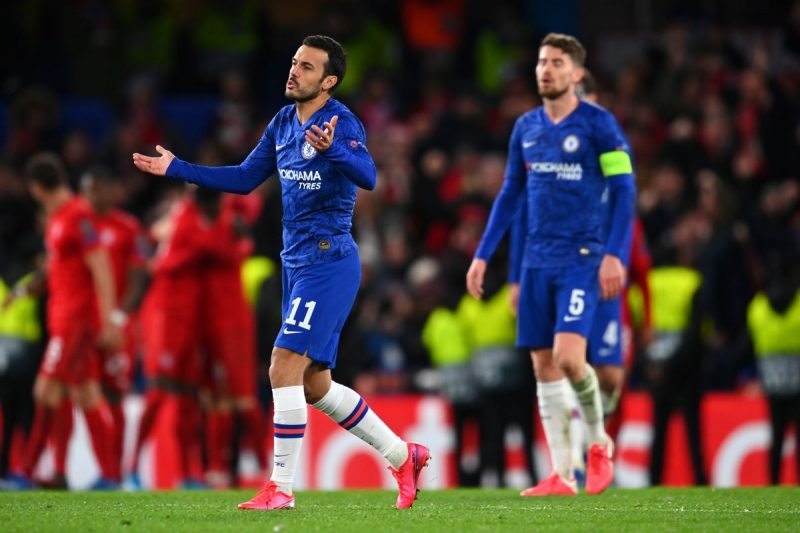 Someone call the Police as I think Football fans have been conned by the British based sports media!

I say that because just a few months ago the MSM pushed their agenda of telling us Chelsea’s youngsters are real stars of the future! However the reality is that they’ll end up as journeymen within the football pyramid because there’s absolutely no way they have what it takes to become top level players.

Whilst I do praise Lampard for giving their youngsters a chance and I also accept that inexperienced youngster’s does breeds inconsistency it doesn’t hide the fact that the likes of Mason Mount, Tami Abraham and Ross Barkley are average at best. The latest example of my theory was Chelsea’s absolute inept Champions League performance last night against Bayern Munich.

Going into the game everyone knew that Chelsea faced a tough task hosting a Bayern side who won all six of their group-stage games, but I’m sure that Frank Lampard would have hoped that they could replicate their weekend performance that saw them beat Tottenham 2-1 so he named an unchanged side for just the second time as blues boss.

Meanwhile Bayern boss Hansi Flick made four changes from his sides 3-2 win over Paderborn last time out. Tolisso, Odriozola, Hernandez and Coutinho dropped to the bench with Boetang, Pavard, Muller and Coman starting in their places.

From the off Bayern meant business and they could have been a goal up within the first minute as Jorginho was caught in possession in his own half and with Davies picking up the pieces the youngter then fed Muller on the edge of the box.

He choose to ignore the run of Lewandowski and preferred to shoot instead but Chelsea keeper Caballero got down to hold onto the ball.

Chelsea hardly got out of their own half during the first ten minutes but they did have a chance as Caballero went long to find Giroud from a goal-kick and the Frenchman flicked the ball on for the run of Mount down the right. He then cut inside defender Davies but the resulting shot was a tame effort and trickled wide of the target.

Bayerns class was aleady oozing by this point and in the 28th minute Caballero pulled off a great save as Muller played a clever reverse ball in behind for Lewandowski. The striker let the ball run across him but the Chelsea goalkeeper was out quickly and blocked the poked effort.

In the 35th minute Muller almost put the visitors ahead as a cross met the head of the experienced centre forward but unfortunately for him the ball pinged off the cross bar.

As the half come to an end Chelsea almost surprised everyone as Alonso burst forward from the back and cut inside but his strike across goal was parried by Neuer only to end up going out for a corner.

The second half started as the first half ended with Bayerns superiority clear for all to see and they finally broke the deadlock in the 51stminute. Gnabry cut inside from the left as Azpilicueta slipped, he then slid a reverse ball through for Lewandowski down the left. The Striker then cut it back to Gnabry as he arrived at the penalty spot and he tucked the ball into an empty net.

It wasn’t long before Bayern doubled their lead as it was that man Gnabry again. Once again a quick exchange between Lewandowski and Gnabry undid the Chelsea defence in the 54th minute as the former slid a pass into the box for the latter. Caballero tried to close the angle but Gnabry tucked it just inside the far post with his left foot.

Chelsea by now must have been thinking of damage limitation and half way through the second half they enjoyed a brief spell of possession as Bayerns intensity dropped off somewhat but the hosts couldn’t make the most of it.

However as already stated that period was brief because the German champions made it three in the 76th minute as impressive Bayern youngster Davies made a superb run down the left, beating a number of defenders as their weak attempts to stop him was really embarrassing, he then crossed a perfect ball to Lewandowski who had a simple tap-in at the back post.

Bayern tried to get another before the final whistle as realistically through their shear dominance alone they deserved it however it wasn’t to be. Personally I feel that this tie is well and truly over and if Lampard continues to risk his job by constantly putting his faith into very average players then he’ll be receiving his P45 within 12 months!