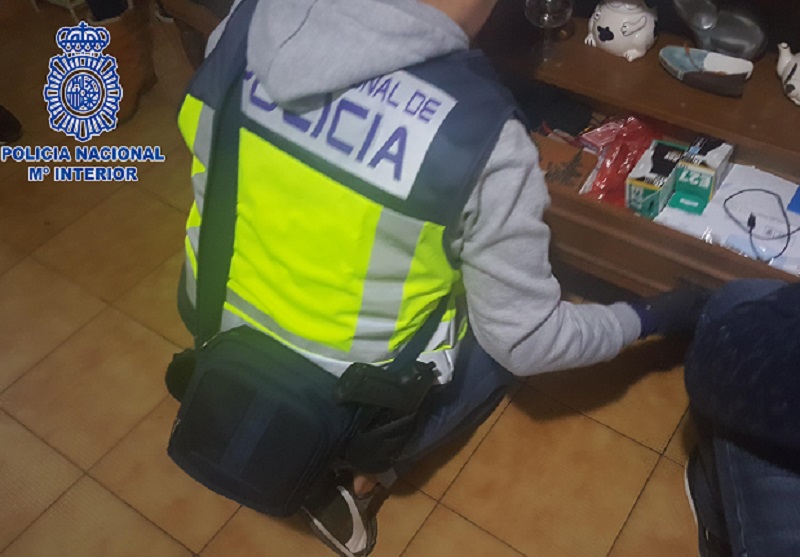 ALMERIA police have made 14 arrests as part of an investigation into a network taking large amounts of money from foreign women to get them Spanish residency through making false claims of gender-based violence.
Police have been looking into the network’s activities since last September. They discovered that they sought out foreign nationals in Spain without residency documents, selling them the idea of feigning being a gender violence victim at the hands of their supposed partners, who were in fact men who were part of the scam.
Each woman was charged up to €10,000 on the promise of the fake claim being a simple and effective way of ensuring them residency status and social benefits on the basis of exceptional circumstances.
Once they had handed over the cash, the gang provided a man, also of foreign origin, who was prepared to pretend he and the woman were romantically involved. They were then required to follow the established ‘script’.
They would meet up in in a public place, and in front of several witnesses playact an argument which involved physical aggression against the woman. The witnesses would alert the police to the incident and report the insults and words uttered in Spanish to ensure they were understood by everyone present.
When it came to the court case the false victim backed up the statements, and as a result managed to gain the benefits established by the authorities for genuine victims of mistreatment.
The supposed aggressor would either disappear or accept being expelled from the country rather than serve a prison sentence.
The police operation led to the arrest of four men of Moroccan in November and raids on two properties, which netted sufficient information to widen the investigation and ultimately to the dismantling of the network.
Earlier this month, the second phase of the operation dubbed ‘Carpatos’ saw another 10 arrests: four more Moroccan men, for Romanian men and two Romanian women.
The 14 detainees face charges of false reports, simulation of crimes, crimes against the rights of foreign citizens and membership of a criminal group. Three are being held in prison awaiting trial.
Police said the investigation remains open, and they have not ruled out further arrests.
They also stressed this is no way to gain a residency card, and have proceeded to hand over the corresponding reports to the Almeria Immigration office to annul the residency authorisations obtained through fraud.