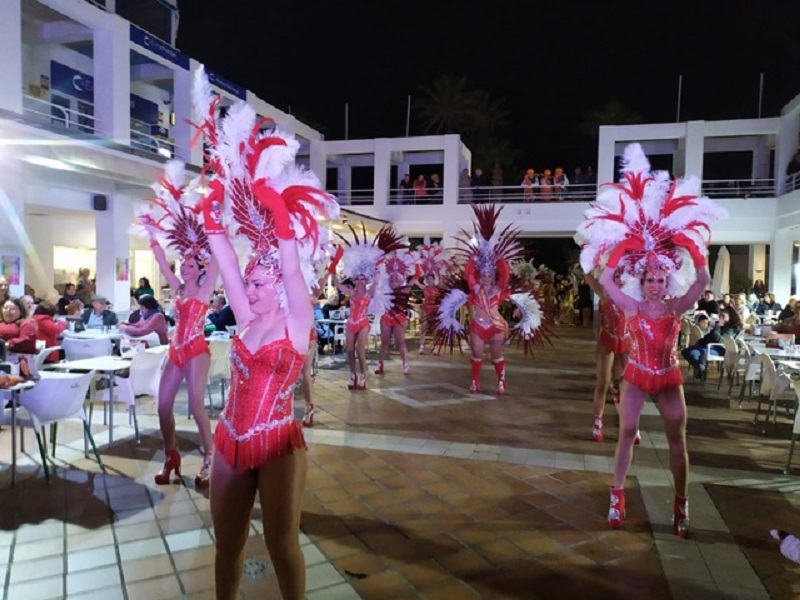 CARNIVAL celebrations came to an end in Mojacar with the traditional ‘Burial of the Sardine’ on Ash Wednesday, marking the start of Lent.
Following Holy Mass and the sacred placing of ashes at the Santa María Church, local residents gathered at the multi-purpose centre to accompany the ‘deceased sardine’ to its final destination at the village’s Plaza Nueva.
The light-hearted funeral procession, attended by local officials, included much mock weeping and wailing, with the municipal band providing a musical medley along the way. Chocolate and churros provided courtesy of the local council raised spirits again.
Mojacar’s Carnival weekend had kicked off with a fun, multi-coloured parade with children from the Bartolome Flores schoolchildren dressed in historical costumes from over the centuries and the staff attired in outfits from more modern times.
They made their way from their classrooms to the Plaza del Fronton, along with some favourite TV and movie characters.
The Garabatos nursery school children also joined in the celebrations dressed as cute little polar bears and penguins, while the staff got done up as Eskimos. They also featured as special guests on their own float as part of the spectacular Saturday parade along the beach road the the Parque Comercial shopping centre, much to the delight of those who gathered to watch the event.
Further special guests this year after an absence of some years were members of the local Senior Citizens group, also on their own float
Mojacar’s main carnival procession is an event which every year attracts more participants of all ages with extra stunning floats and elaborate costumes and dance schools and clubs.
After the parade, Garrucha’s ‘Reina Entre Volantes’ took top prize in the the choreography contest, while the ‘Ilusión de Carnaval’ troupe came second.
The party continued with the Carnival Dance and live music from Melodias.