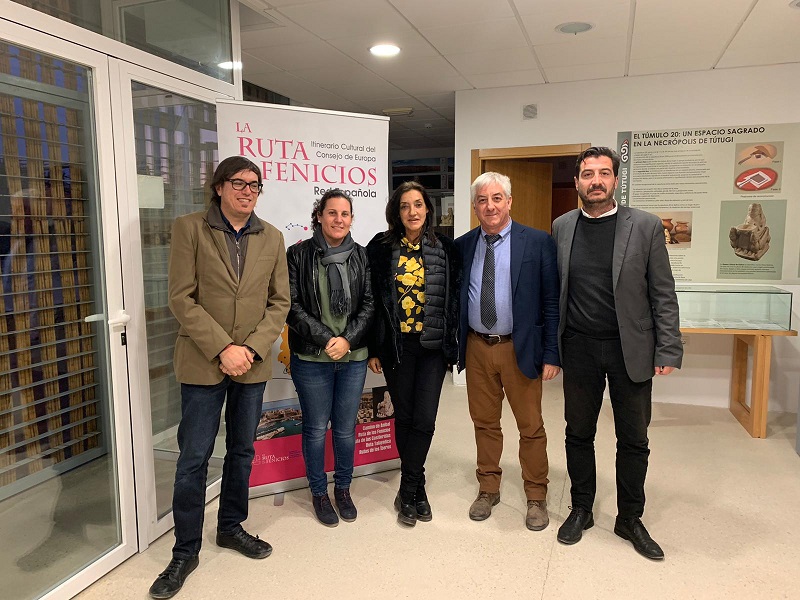 CUEVAS del Almanzora has presented the locality’s architectural riches at the fourth Phoenicians’ Route Spanish Network event staged in Granada.
Cuevas archaeologist and guide Laura Larios explained to the participants that Cuevas boasts more than 30 documented archaeological sites – Paleolithic, Copper Age, Bronze Age, Argaric, Iberian, Phoenician, Roman, Arab, Visigoth and Byzantine – and there has been no less than 15 centuries of continued occupation in Villaricos.
Key places featured in the Cuevas presentation included the Phoenician necropolis in Villaricos and the augmented reality app which allows for ‘visits’ to an ancient burial chamber. Also featuring were the Almizaraque and Fuente Alamo archaeological sites, the 19th century industrial architecture, and the municipality’s monuments, museums and tourism resources.
There was mention too of current projects like the 19th century mining tunnel in Villaricos, the Luis Siret walking route, as well as plans for the future archaeological excavation in the area of the old Villaricos salting factory.
Culture and Tourism councillor Maria Isabel Ponce Sabiote stressed the importance of taking part in events like the Phoenician Route gathering as a means of promoting the municipality.
The councillor said they also served as an opportunity to network with other areas “with which we have things in common, to exchange impressions and to be proactive when it comes to developing projects which put our important heritage on the national and international map.”
Cuevas joined the Phoenicians’ Route Spanish Network in 2017.
At European level, the Phoenicians’ Route is considered one of the most important cultural itineraries and has the same classification as the Camino de Santiago. Certified as a ‘Cultural Route of the Council of Europe’ in 2003, it refers to the connection of the major nautical routes used by the Phoenicians from the 12th century BC for trade and cultural communication in the Mediterranean.