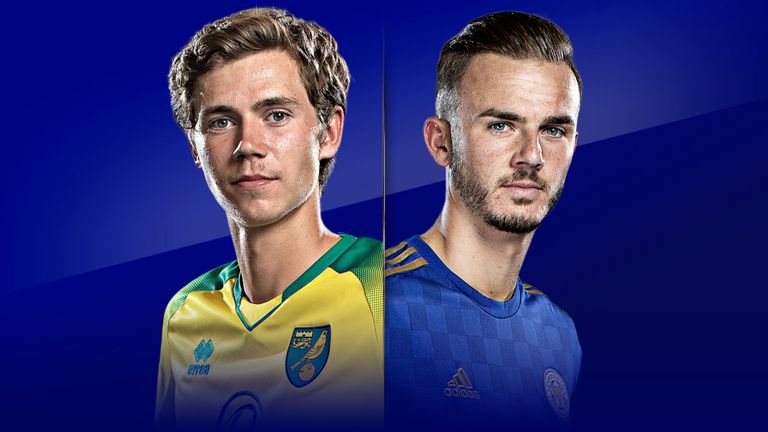 Norwich City 1 Leicester City 0 Match Report From Football With Brownie
Millions of people travel the length and breadth of Great Britain each and every day, during those torturous journeys many travellers would rant, rave and even come to fisticuffs as a result of high stress levels. However one thing which every single driver would agree on is that there’s just one road in and one road out of Norwich. Therefore the foxes of Leicester had to ensure they’d get back on the A11 having collected all 3 points at Carrow Road because their recent poor form is starting to cast doubts over their Champions League credentials. Norwich on the other hand are more or less relegated having picked up just one league win in their last 14 matches and are bottom of the table, seven points from safety.
Leicester manager Brendon Rodgers made three changes to his starting line-up following the 1-0 loss to Manchester City last Saturday. Jamie Vardy missed out on the squad due to a calf injury, with Tielemans and Fuchs being the other players who made way. They were replaced by Barnes, Perez and Choudhury as the visitors switched to a back four.
Norwich on the other hand made just the one change from the side who lost 3-0 at Wolves last weekend as Buendia returned to their starting 11 in the place of Rupp, who was named among the subs.
It was a fairly bright start by both teams with chances falling at each end within the first 10 mins. In the 8th minute Leicester’s Choudhury got on the end of a Maddison delivery but his free header missed the target as he was unmarked eight yards from goal. A couple of minutes later it was Norwich’s Godfery tested Goalkeeper Schmeicheal with a header down the middle.
By the 20th minute possession was split right down the middle. Leicester then put together a dangerous move that presented Praet with a half-volley but he put it down the throat of Krul.
Just a few minutes later the Foxes hit the post as Barnes took the ball inside and Ricardo was left in plenty of space down the right. The full-back picked out Praet with his cross only for the midfielders shot to clip the outside of the post.
The game then went a little quiet until the 38th minute as Leicester created another chance as Perez linked up with Iheanacho and found himself in some space just wide of the Norwich box. However rather than going across Krul, the tried to beat the Norwich keeper at the near post but failed to do so.
A couple of minutes later they had a further chance as Iheanacho controlled Perez’s cross on the edge of the six-yard box, only to fire over the crossbar.
The final chance of the first half was created from a Maddison’s corner when Evans outjumped Pukki but his downward header was too close to Krul to beat the Norwich keeper.
The second half started as the first half ended as Leicester maintained control and in the 49th Minute they did put the ball into the net but it was ruled ot by VAR as the ball clearly hit Iheanacho on the head before he took it past Godfrey and fire past Krul.
On the 61st minute Norwich played the ball through the Leicester lines. Just when their attacked appeared to had fizzled out, Duda fired in a shot from 25 yards that forced Schmeichel into a fine save. Then within a few more minutes the Canneries had another chance as they turned over possession and outnumbered Leicester on the counter. Buendia played the ball to the feet of Duda, who went for power but was unable to beat Schmeichel with his shot.
Norwich were starting to take plenty of risks, perhaps knowing that draws are no longer good enough for them and in the 70th minute their risk-taking paid off as Lewis broke the deadline with his first goal in the Premier League. He controlled Aarons’ cross and arrowed a shot across Schmeichel into the bottom-right hand corner.
That goal seemed to had drained the life out of Brendon Rodgers’ Leicester side. Without their leading scorer Vardy, they had 66% of the ball in the second half but only managed just one shot on target.
The final minutes of the game were easily played out by the home team which ensued the Leicester fans would be as annoyed as ever when joining that A11 annd heaven help any driver who cuts in front of them on that boring stretch of road!