Puppy dies after being rescued from illegal farm 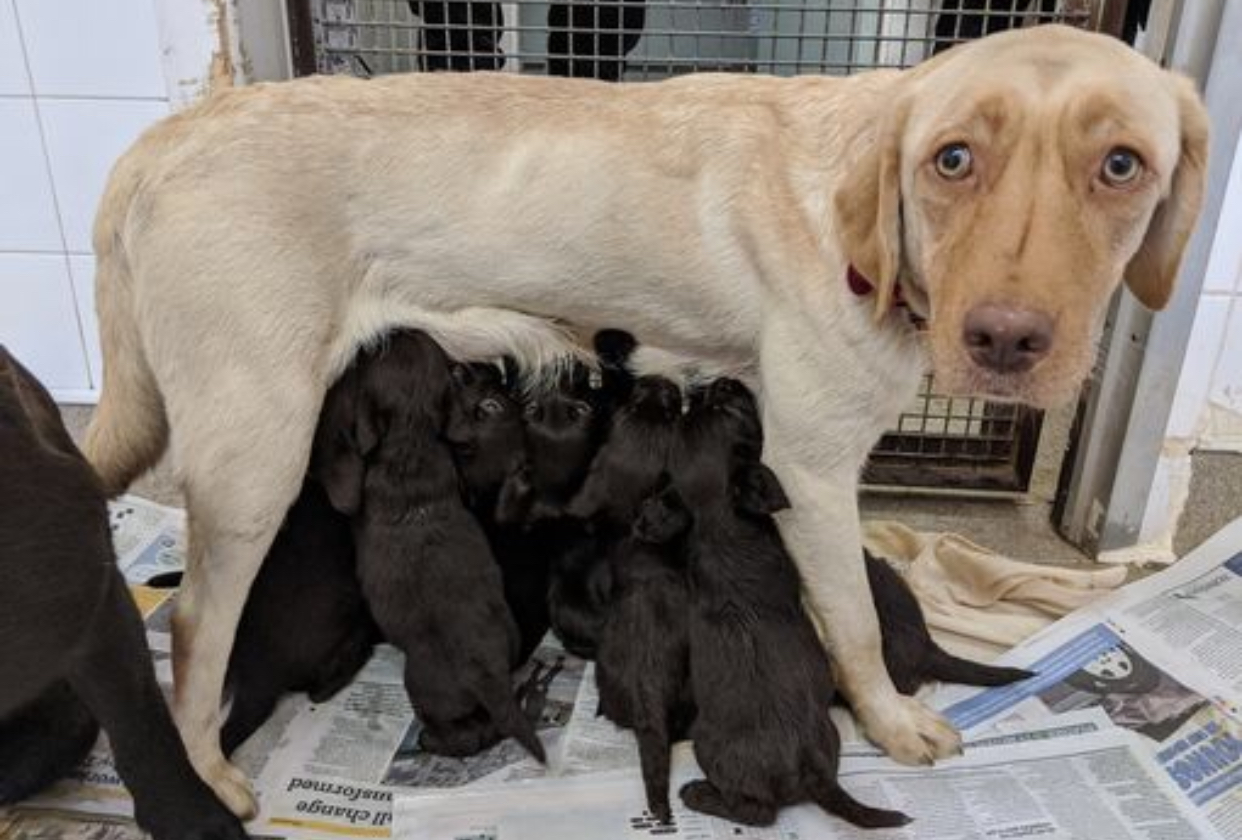 A mistreated puppy died after being rescued from an illegal farm in Devon, England.

More than 40 mistreated Labrador and Poodle-type dogs and puppies had been forced to live in cramped conditions covered in their own waste, with limited access to food, water and basic health care, at a property in Devon, England.

When animal rescuers arrived at the property, they were horrified to find 41 animals who were in a “terrible condition”, with matted fur, ear mites, infections, malnutrition and worms.

A Dogs and Cats Home rescued 29 of the 41 animals and told of the heartbreak at losing one “very small puppy”, after treatment “proved too much” for them to survive.

The little puppy spent a week in veterinary intensive care but sadly passed away in one of the vet nurse’s arms.

The mothers of all these puppies were extremely underweight as they struggled to keep up with the demand of having to nurse large litters, one after the other.

Thankfully the puppies have been properly weaned now so they can start to enjoy a life for themselves instead of being used as product producing machines.

Claire Sparkes, General Manager says: “For anyone considering purchasing a puppy from a breeder, I urge you to insist on seeing one or both parents of any puppy as well as observe their living conditions.

“We hear so many horror stories of people meeting in places like car parks and service stations to purchase a puppy as well as receiving puppies by mail order! These puppies are normally taken away from their mothers far too early and end up with severe medical problems that can cost hundreds and even thousands of pounds.

“We would appreciate any help towards the cost of the ongoing treatment these dogs so desperately need”.

Puppy farming was made illegal in the UK, when the new Animal Welfare Regulations came into force in October 2018.

The care and ongoing treatment of all these 29 puppies and dogs alone is estimated to cost Gables around an extra £2,000 on top of their normal operating costs.

If you can help by making a contribution to the ‘Labradoodle disaster’ campaign please visit www.virginmoneygiving.com/fund/labradoodledisaster to donate online.