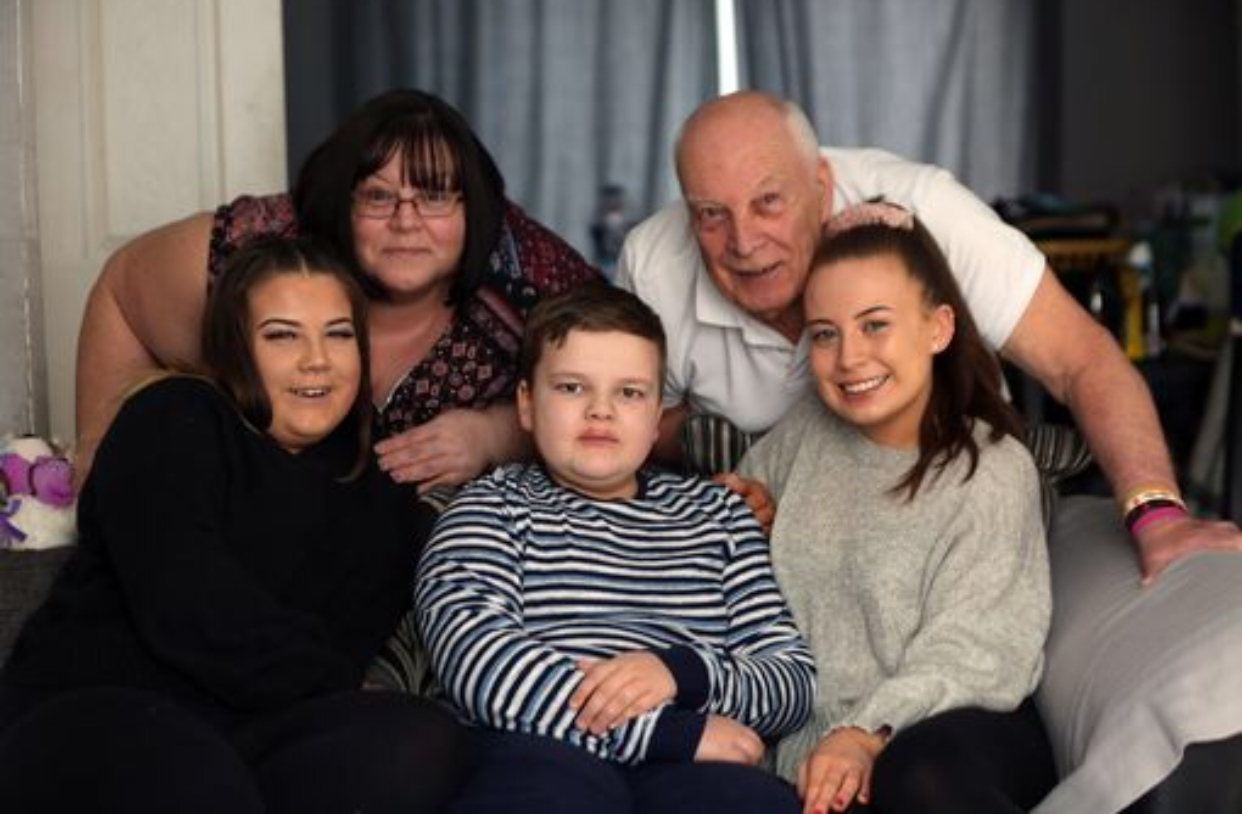 When 10-year-old Ethan Mullett was suffering with headaches and sickness, doctors put it down to a virus.

But just weeks later the youngster from Newcastle, England, was sent for a MRI scan which revealed he had a cancerous brain tumour.

Mum Clare Mullett said: “Ethan had headaches and was vomiting on and off for a number of weeks.

“We took him to the doctors three or four times and they said he had a virus.

It happened again and I thought it had been too long and he needs a diagnosis. I was thinking it would be migraines or something like that.”

But the GP referred Ethan to the Royal Victoria Infirmary in Newcastle where he stayed in the children’s ward. It was on February 14 when Clare heard the news that gave her a feeling she will never forget

Her precious boy was diagnosed with medulloblastoma – the most common malignant childhood brain tumour.

Although 64% of those diagnosed can be cured, patients have to undergo an aggressive treatment which can leave survivors with a poor quality of life, often suffering serious physical and mental disabilities.

Clare said: “It was absolutely heartbreaking to hear that. I can’t get that feeling out of my head.

“I’m still anxious now just thinking about it. Never in a million years did I expect that he would have a brain tumour.”

The young boy underwent an eight-hour operation the following day with surgeons able to remove the cancerous tumour.

Just days after being released from hospital, Ethan began to suffer from headaches again and was rushed back in for an emergency head scan.

The results showed that his wound was infected and he was put on a course of antibiotics to drain the fluid that was putting pressure on his brain.

Ethan now faces an intense six-week course of proton beam therapy – a high energy radiation therapy which can destroy cancer cells that doctors hope to begin within the next month.

But the family have been told they may have to travel to Essen, Germany, to give Ethan the best possible chance of recovery, with the family in the process of getting their passports just in case.

Ethan will then have to undergo a course of chemotherapy upon his return home.

Clare says her only son is struggling to come to terms with his condition and is scared of what the future holds.

She said: “We have asked to go to Manchester but it’s the only place in the country we can get proton beam therapy. We’ve been told we may possibly have to go to Germany.

“It’s all about getting rid of those cells to make sure the cancer does not come back.

“Ethan is very nervous about the treatment he is going to have. It’s the fact we do not know what to expect.

“He can’t get his head around the fact the tumour has been removed but he still needs treatment.

“It is very scary for a 10-year-old and it has impacted him psychologically.”

The NHS will pay for travel and accommodation to either location for Ethan’s treatment but the family will be left to pay the living costs of spending two months away from home.

It means splitting the family apart with older sisters Sophie, 19, and Lily-Mae, 14 and grandad John staying at home.