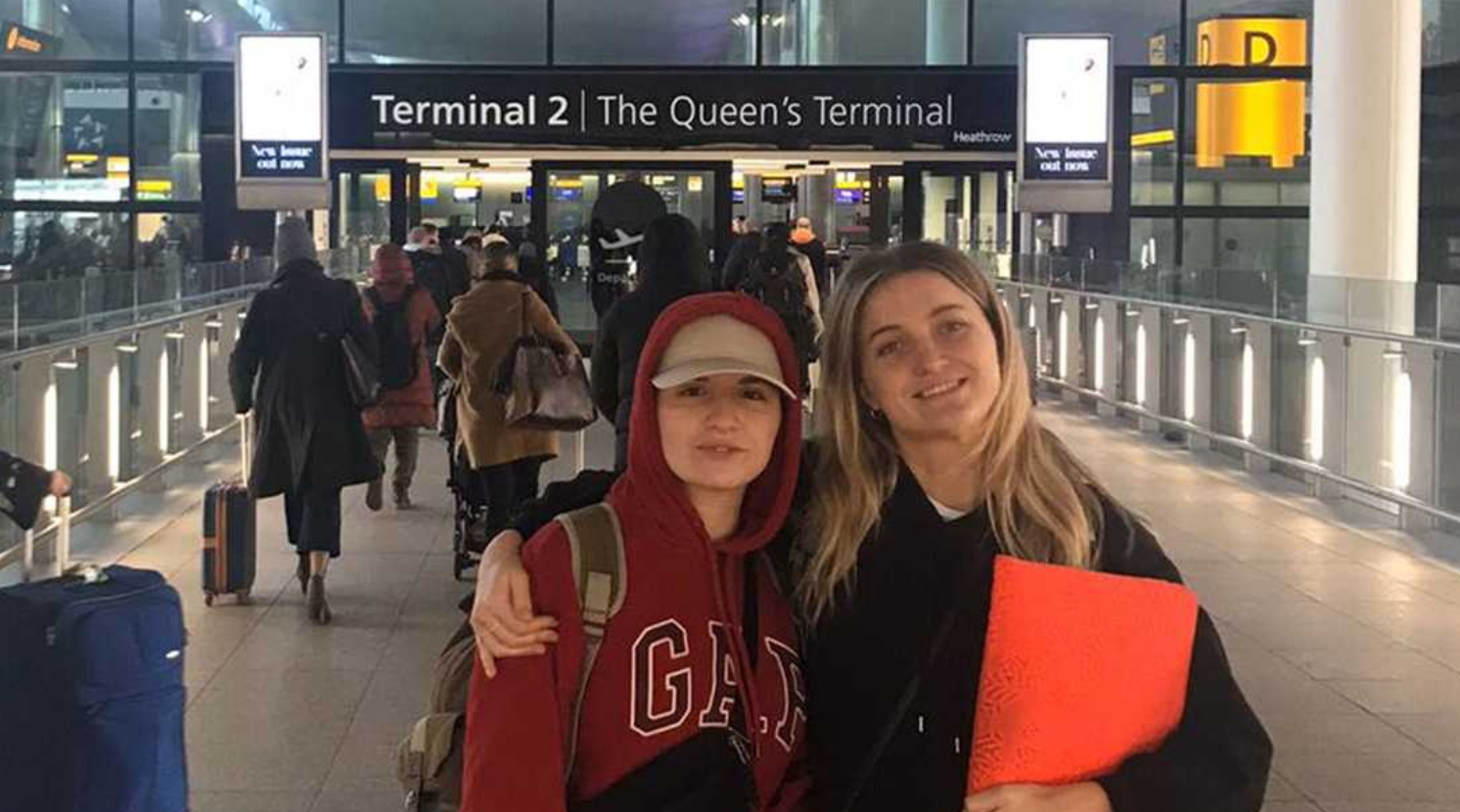 On her way home from a vacation in Cambodia, the London student, Julia and her friend Dina had stopped in Singapore to celebrate their last vacation days with a late night out and a few too many drinks. Early the next morning, on the plane back to London where Julia lives and studies, she got a headache and asked the flight attendants for a place to lie down.

“I wasn’t trying to fool anyone, but I just couldn’t stand up”, Julia says.

Instead of getting what she asked for, the staff panicked, fearing that Julia had been infected with the coronavirus.

“I tried to explain that I was just tired and hungover, but they moved everyone on my row and made me lie down”, she continues. “ They also put a face mask on and took my temperature. The thermometer showed 40.3 degrees, and at that moment I actually believed that I was infected.”, she explains.

Her friend, Dina, was taken away to answer questions.

“They took me into the little room where they heat food and started to ask me about where we had been, if we were sick and who we had been in contact with”, says Dina.

The trip took 14 hours but the friends say it felt like 40. Once every half hour their temperatures were checked. One of the flight attendants wore double face masks and was assigned to look after Julia for the rest of the trip.

“We hadn’t followed the news reporting properly when we were in Cambodia, so we did not know that the virus had spread so much lately, with such heightened readiness, says Dina.

When the plane landed at Heathrow Airport, things would get even worse. Everyone on the plane had to fill out different forms about where they had been and how they were feeling.

“Everyone looked so angrily at me, you just wanted to sink into the seat all the time. When I went up to go to the toilet it felt like I was infected with the plague and passengers were saying  ‘there she comes’”, says Julia.

The two friends were kept on the plane before being led out by doctors and four firefighters in protective suits.

They were taken to a quarantine room where they were later picked up by an ambulance and taken to a nearby hotel which had been closed down and converted into Heathrow’s temporary corona reception.

“There were temporary concrete walls all around the hotel. Like in the (zombie series) “Walking Dead” when they built a new camp, although we were the zombies”, says Dina.

In the secret building, several people were already infected and they had to wait for their turn to be tested with a test stick down the throat and up the nose.

“I said that “I just want to say that we were out yesterday celebrating and I felt really bad but I’m not sick, so can I just go home?”. And they said it didn’t matter, so we were taken to a room in this ghost hotel.” Julia continues.

They were ordered into quarantine for 14 days but their temperatures were now low at 36, so the staff agreed to let them stay the two weeks in Julia’s London apartment instead.

“The doctors said we would keep the windows open when my boyfriend drove us home. If I wanted to hug him, I would hold my breath and turn my face away from him”, she says.

“Now we are just waiting for our test results”, Julia concludes.