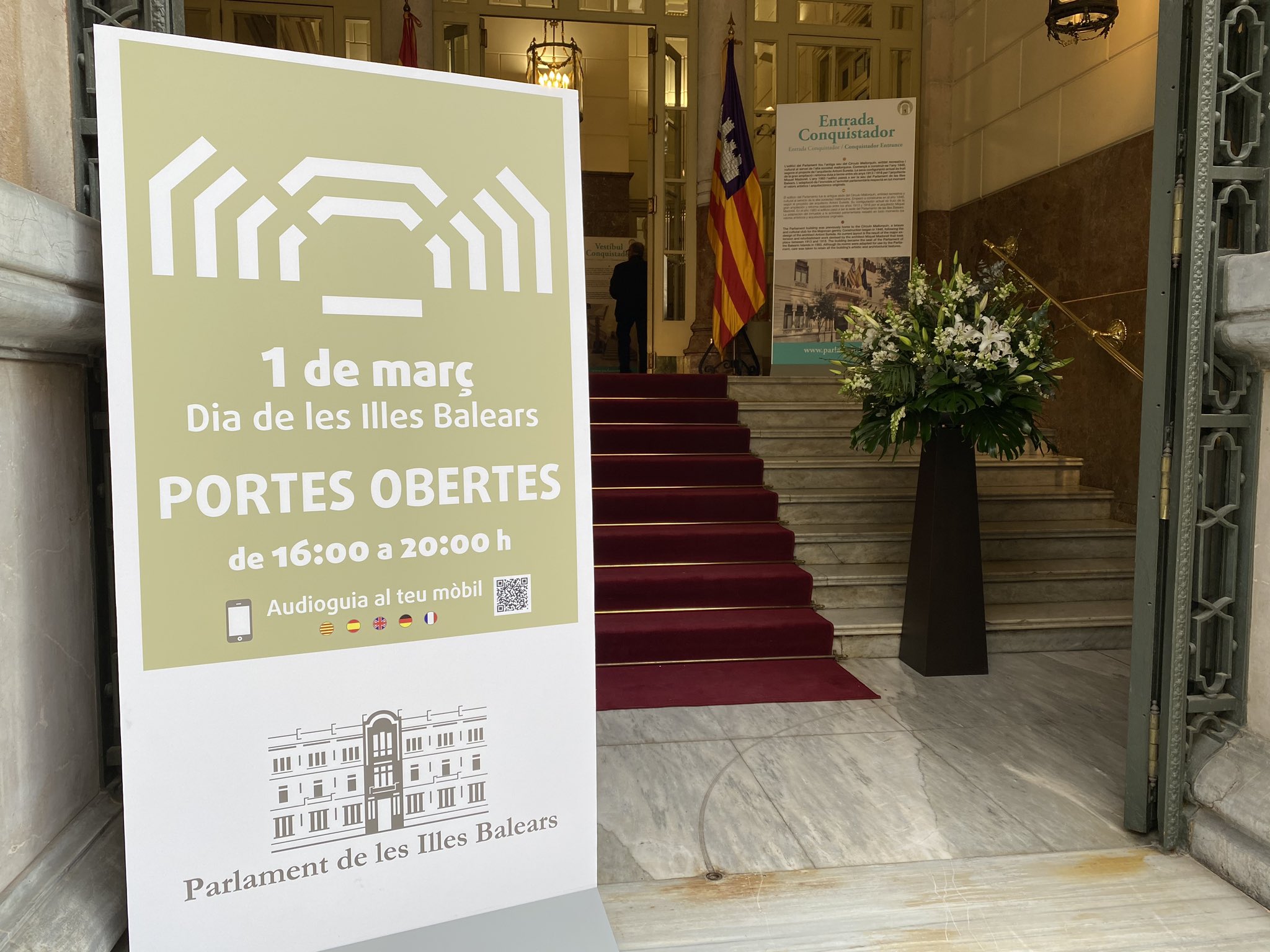 OPPORTUNITY: Some 1,200 members of the public took advantage of the chance to take a look around the Balearic Island Parliament. CREDIT: Parlament de les Illes Balears Twitter @ParlamentIB

THOUSANDS of people took part in the wide range of activities on offer in Palma on Sunday to mark the annual Day of the Balearic Islands, which commemorates the establishment of the region as an autonomous community in 1983.
The programme included fairs, exhibitions, children’s entertainment and open door days at different institutions.
The weekend’s fine weather made the Plaça Drassanges where artisans from all the islands were demonstrating their skills one of the most popular locations. Also attracting the crowds was the artisans’ market on the Passeig Sagrera, which offered all kinds of typical items and tastings of island-grown produce.
The day’s events began early with the 9am start of the ‘XIII Marxa Cicloturista Dia de les Illes Balears’ cycle race. Among the other sporting events staged on the day were a ‘football for equality’ fixture in Son Roca, a workshop and exhibition of the traditional ‘tir de fona’ in the Parc de la Mar, and adapted sport and inclusive basketball demonstrations in the Passeig des Born.
Children were treated to demonstrations of Menorcan horsemanship and ecological themed activities and a variety of family-orientated workshops in Porta de Santa Catalina and a kiddies’ party in the Parc de Sa Feixina.
The Balearic Island Parliament was one of the institutions to open its doors to the public on Sunday afternoon. The parliament reported some 1,200 members of the public took the opportunity to take a look around.
As a novelty this year they could connect their mobiles to an audio guide available in five languages.
Parliament president Vicenç Thomas were there to welcome the public.
Speaking earlier at an institutional act to celebrate the 37th anniversary of the coming into effect of the Stature of Autonomy, Thomas said it had taken the Balearic Islands to “the most important prosperity and stability in our history.”
Looking towards the future, he commented, “the coming years have to be years of major agreements: grand pacts which make the decisions taken in this parliament effective, and at the same time finalise the work of this chamber with laws and complementary measures.”