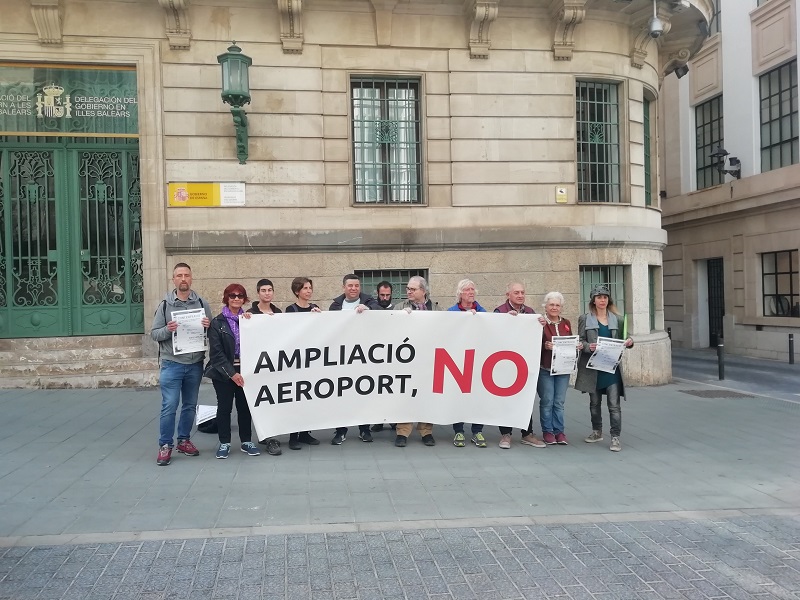 THE platform lobbying against what it says is a “masked attempt” to expand Palma’s Son San Joan airport has presented objections to an AENA airport management company project from more than 2,500 people.
Of these, some 450 were physically registered on Monday, the final day for doing so, the platform said.
The collective complained the project put out for public exhibition did not include the modifications which AENA had announced.
According to the platform, the AENA changes “consist only in removing the car-park and the aircraft ramps, which represent a very small part of the four projects they have being processed in relation to Son San Joan.”
On Sunday afternoon the platform staged a protest in the Passeig des Born in front of the Government delegation offices. Some 400 demonstrators gathered to express their opposition to the planned works, calling for Mallorca to be “valued” and not “destroyed.”
A manifesto was read out which criticised the “tourism monoculture” which the platform claims has caused an increase in “human pressure, tourist places, land development, the use of fossil fuels, electricity generation and waste, land transport, job instability, increased property prices and social inequalities”, arguing making the airport larger would only make matters worse.
“No airport project directed at increasing capacity is necessary because this will aggravate the environmental crisis. And it cannot be permitted when all the institutions have declared a climate emergency”, commented platform spokesperson Catalina Torres.
The platform wants to see the Balearic government manage the islands’ ports and airports “to avoid planning behind the back of Balearic interests.”
It has also called for compliance with the Paris Agreement on climate change and the backing for a change of economic model.