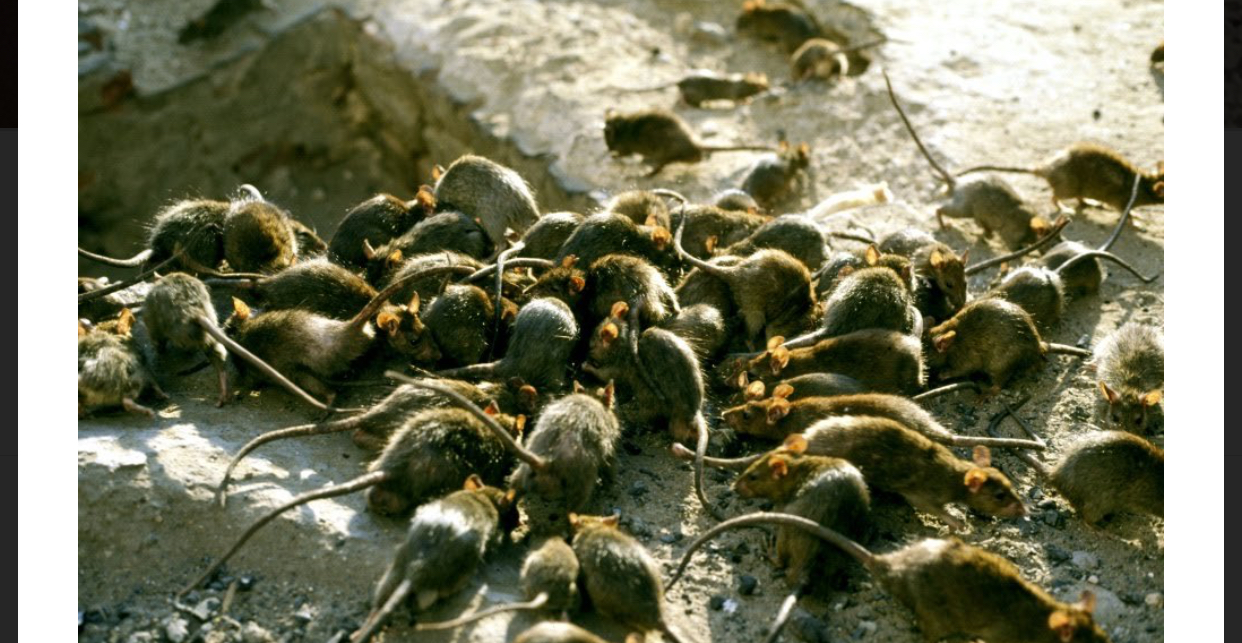 A Street in Sheffield, England is so overrun with rodents that their corpses can be seen lining the road and residents are afraid to open their doors, locals claim.

‘Super-sized’ rats which are reportedly as big as cats and can scale walls are terrorising the fed-up residents of a Sheffield street, locals claim.

Popple Street and the surrounding area in Page Hall is so plagued by rodents that dead rats can be seen lining the road.

One mum even discovered one in the engine of her car, which had died after trying keep warm in the winter.

Rihanna Qureshi has lived in Popple Street with her 11-year-old daughter for five years.

She says she sees rats “all the time” and blames the menace on overflowing rubbish caused by youngsters who don’t know how to use bins.

“I don’t like it at all,” the 37-year-old said. “I would like to be somewhere much cleaner and healthier than this environment which is just full of rubbish outside.

“We can do as much as we can inside to make it look clean and pleasant but then when you go out it’s not pleasant at all.

“I had a rat in my old car. It died in the engine and there was a foul smell. I couldn’t work out what it was but it turned out a rat has got through underneath and stayed in the engine to keep warm in the winter.

A Freedom of Information request by Yorkshire Live found that last year, the litter-strewn street was the most visited by Sheffield City Council’s pest control teams.

They were called out 157 times in 2019, with nearby roads such as Robey Street, Lloyd Street and Wade Street receiving a similarly high number of visits.

“These youngsters just need educating in classes. Please give them more education about rubbish and how to keep Britain tidy.”

The mum-of-two won’t go out at night, or eat from nearby takeaways, due to the rat infestation.

“I refuse to go out after 8pm and it’s just so sad because you don’t know what you’re walking into. I went for a walk a few weeks ago and I was sat on this wall and there were 11 rats running around our street so I had to get someone to rescue me

Sheffield City Councillor Mark Jones, who is the cabinet member for environment, street scene and climate change, wants to tackle residents’ concerns with rodents in Page Hall and make the area a proud place for people to live.

He said: “We are working hard to tackle the longstanding issues in Page Hall and we hope to build on much of the work that has already been done.