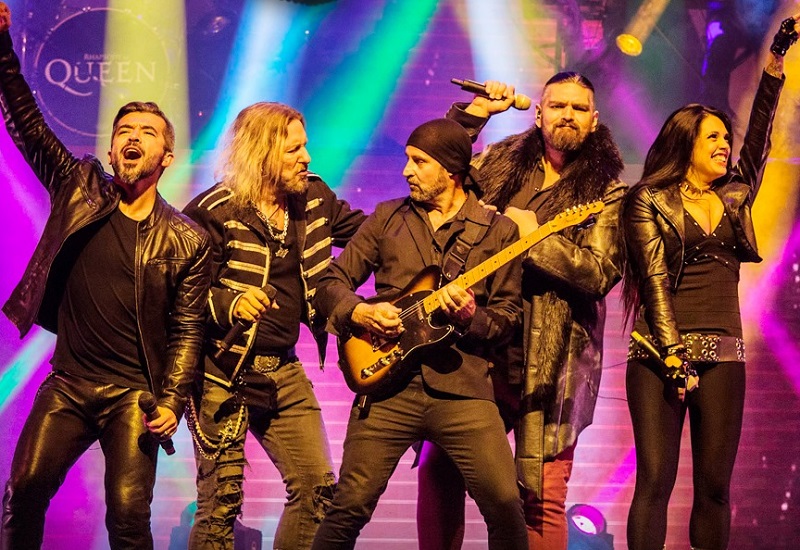 A SPECTACULAR new show will be bringing the rocking sounds of Queen’s greatest hits to Roquetas de Mar later this month.
The creators of Symphonic Rhapsody of Queen, a spectacular seen by well over half a million people, will be presenting its latest offering Rhapsody of Queen at the Roquetas Teatro Auditorio on Saturday March 28.
Anyone expecting a straightforward tribute band and Queen lookalikes is going to be disappointed. No one is trying to be Freddie Mercury and his fellow band members: the performers don’t dress like them and don’t try to sound exactly like them.
Rather this is a show in its own right. It features a brilliant rock band and a line-up of talented international singers, each performing their own thumping versions of Queen classics.
We will rock you, Another one bites the dust, Crazy little thing called love, Somebody to love, and of course, Bohemian Rhapsody, are just some of the songs which Ines Vera-Ortiz, Diego Valdez Kenny Leckremo and Thomas Vikström belt out.
Along with 160 minutes of some of the best rock tunes ever there is a powerful visual show, ensuring the show adds up an evening of unforgettable entertainment.
Rhapsody of Queen has been touring all around Spain, and unsurprisingly it has been playing to packed venues and audiences of all ages.
This is all about offering Queen fans a night to enjoy outstanding live performances of some of the music they love best and introducing a new audience to timeless rock anthems.