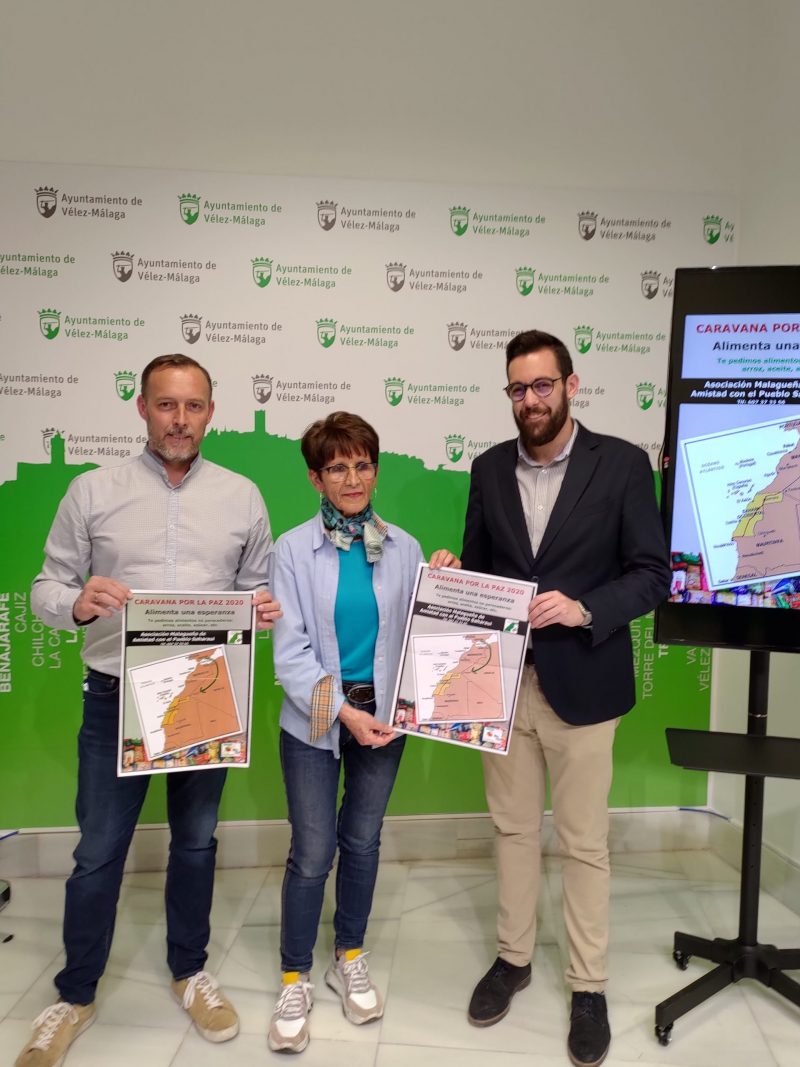 APPEAL: Members of the public are urged to support the campaign.

VELEZ-MALAGA is once again hosting the ‘Andalucian Caravan for Peace’, a solidarity campaign which is carried out every year to collect food for the Saharawi refugee population in the camps of Tindouf in Algeria.

Gonzalez added: “On behalf of the government team, we want to collaborate with groups that promote solidarity initiatives and fight against inequalities”.

Many of the Saharawi people’s land is now occupied by Morocco and as a result they are living refugees in camps in Algeria, in breach of United Nations resolutions which see it as an injustice.

“That is why, in order to be a better society, we must fight for injustices wherever they are, without taking into account borders”, added Gonzalez.

He encouraged members of the public to get involved, “because if we do not tackle these problems and we are not aware of what this population is suffering, we cannot achieve a fairer and more egalitarian society”.

He thanked the Association for “the great work they do defending peace and freedom of people with this and other initiatives throughout the year”.

María Victoria Naranjo pointed out that this campaign has been held for 35 years and the objective for this 2020 “is to break the record of collection, surpassing previous editions”, hoping to reach 1,000 kilos of food collected in Velez-Malaga; which will be sent to the Saharawi people at the end of March where the Saharawi Red Crescent will take charge of its distribution to the refugees”.

Naranjo explained that people can help by contributing non-perishable basic foodstuffs such as rice, oil, sugar, vegetables, flour, preserves, etc. to the nearest school and in the Coviran and Supersol supermarkets.

More than 200,000 refugees live in the camps, 25,000 of whom are children, where the temperature reaches 50 degrees in summer and the winters are very cold, making agricultural activity in the area very difficult.