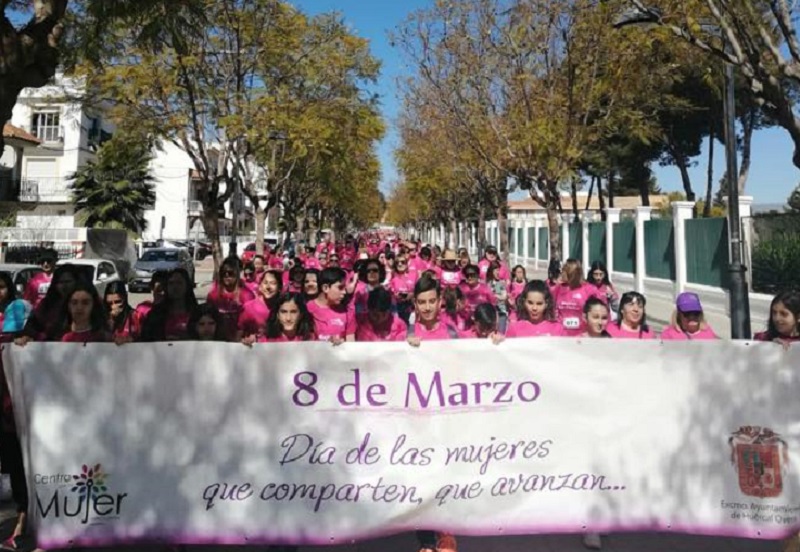 COSTA Almeria took a firm stand to mark International Women’s Day.
All over the province there were events and actions leading up to and on the actual day itself on Sunday March 8 to celebrate women and their contribution to society, but also to call for greater rights and gender equality.
In Huercal-Overa women, and men, of all ages turned out for the March for Equality on Sunday. It was a similar story in Vera, where locals hiked from the Plaza Mayor to the Espiritu Santo hill in a show of solidarity with the gender equality cause.


In Almeria city some 5,000 people took to the streets waving placards with clear anti-inequality messages for a Coordinadora Movimiento Feminista de Almeria-organised protest.
“We’re not princesses, we’re warriors”, the marchers declared.
On the same day in the provincial capital, a record 1,700 runners took part in the Race of the Women under the banner “today and every day, equality is our goal.”
The event raised more than €2,300 for Asociacion Luna dedicated to promoting women with a disability.
Under the slogan ‘On equality, not one step back’, Cuevas del Almanzora council was just one of the many Costa Almeria local authorities and institutions commemorating International Women’s Day with the reading out of a manifesto.
Equality councillor Melchora Caparros did the honours in an act staged in front of the Town Hall on Friday, stating, “Women, half the population of the planet, live at a clear disadvantage in relation to men”, referring to “the need to design public policies which correct this unequal situation and clear discrimination.
“A lot remains to be done”, the councillor continued, arguing that “fighting for equality” and “empowering women in all areas of society must be a priority objective on political agendas at all levels.”


They were sentiments echoed by Almeria city Mayor Ramon Fernandez-Pacheco. He called for “true equality” and “a fairer society” in an act at the City Hall during which he presented recognitions to eight women from different fields of Almerian society for being an example of the fight for equality.
Fernandez-Pacheco said men and women need to advance together “to continue reaching goals, overcoming obstacles and breaking glass ceilings.”
“There will be no true equality while men and women do not have the same opportunities in access to the labour market, while they earn less for the same job, while female unemployment is greater than masculine, while women have higher rates of temporary employment or while they continue to die at the hands of their partners or ex-partners.”