Euro Weekly News Exclusive from inside Italy’s Venice As Coronavirus brings locks down, residents fear for the future 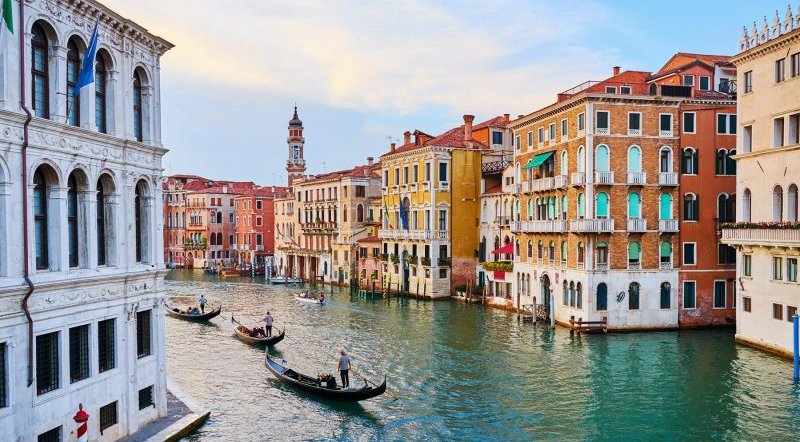 As Coronavirus locks down Venice, residents fear for the future

As of Monday evening, the Italian government has extended the official ‘red zone’ to across the whole of Italy. Movement across regional borders has been restricted to workers and transport of goods, or for emergency reasons. For Venice, this means yet another fall in the already decimated tourist numbers causing many local business owners to wonder how they will survive the next few months.

Before Venice went into lockdown on Sunday, residents of the city were determined for over dramatised news reportsnot to dissuade tourists from visiting. The city relies heavily on the tourism sector for its income and, despite previously having problems with over-tourism, such a sharp drop in visitor numbers was tantamount to ruin for many businesses. With the new restrictions, it looks like the entire season will be forfeited.

The arrival of the Coronavirus comes on the heels of disastrous flooding in November, when over 85% of the city was underwater. Restaurant, hotels, and shops were forced to close for days as the unprecedented high tide damaged electrical appliances and thousands of euros worth of stock. Many, like Roberta Munarin who runs the family restaurant Trattoria Pontini with her siblings, had only just reopened before the Coronavirus hit. “We were closed for 60 days,” she says, “opening in time for Carnival.”

With Venice Carnival being cut short, tourist numbers have steadily fallen, and the dearth now looks to be the norm for the foreseeable future. This is already causing problems a job market so heavily centered on the tourist sector. As Munarin explains, “normally we need a staff of 15 waiters, but I’ve had to let go four already due to lack of business.”

Retro Wine Bar, usually full of tourists enjoying the live music, is very quiet. “90% of our clientele are tourists,” says owner Stefano, “it looks like the whole year is over for us.” They’ve even had to suspend their concerts due to current regulations.

It’s not just tourist related businesses that have been hit either. “People don’t have money to spend,” says Enrico, owner of a sports clothes shop. Although he isn’t selling much, he still has his usual expenses to pay. “I ordered my summer clothes last year,” he explains, “and now I have to pay for them.” He’s been forced to ask for an extension, as he still has rent and bills to pay.

Local travel and food blogger, Monica Cesarato, notes that the situation is particularly difficult as some people are being affected much more than others. Parents are having to take unpaid leave to look after children home from school, and those who are self-employed or not on full-time employment contracts are seeing little income. “We need a complete halt for everyone for a month,” she suggests, “with all mortgages, rents, and bills frozen.”

Despite having many hard months ahead of them, local business owners and residents are determined for the strength of the city to be recognised. On Friday, Maurizio Salvalaio, president of the Casinò of Venice, announced the reopening of the historic establishment after intensive cleaning and sterilising procedures. New regulations within the red zones have now forced it to close once more, but Salvalaio points out, “Venice has a long history of difficult moments, the word ‘quarantine’ was born in Venice.“

When visitors eventually return, Venetians want them to know that they will not find a ‘dead’ city. As Cesarato says, “at least if people see that you are here still standing, they’ll try to come as soon as they can.”