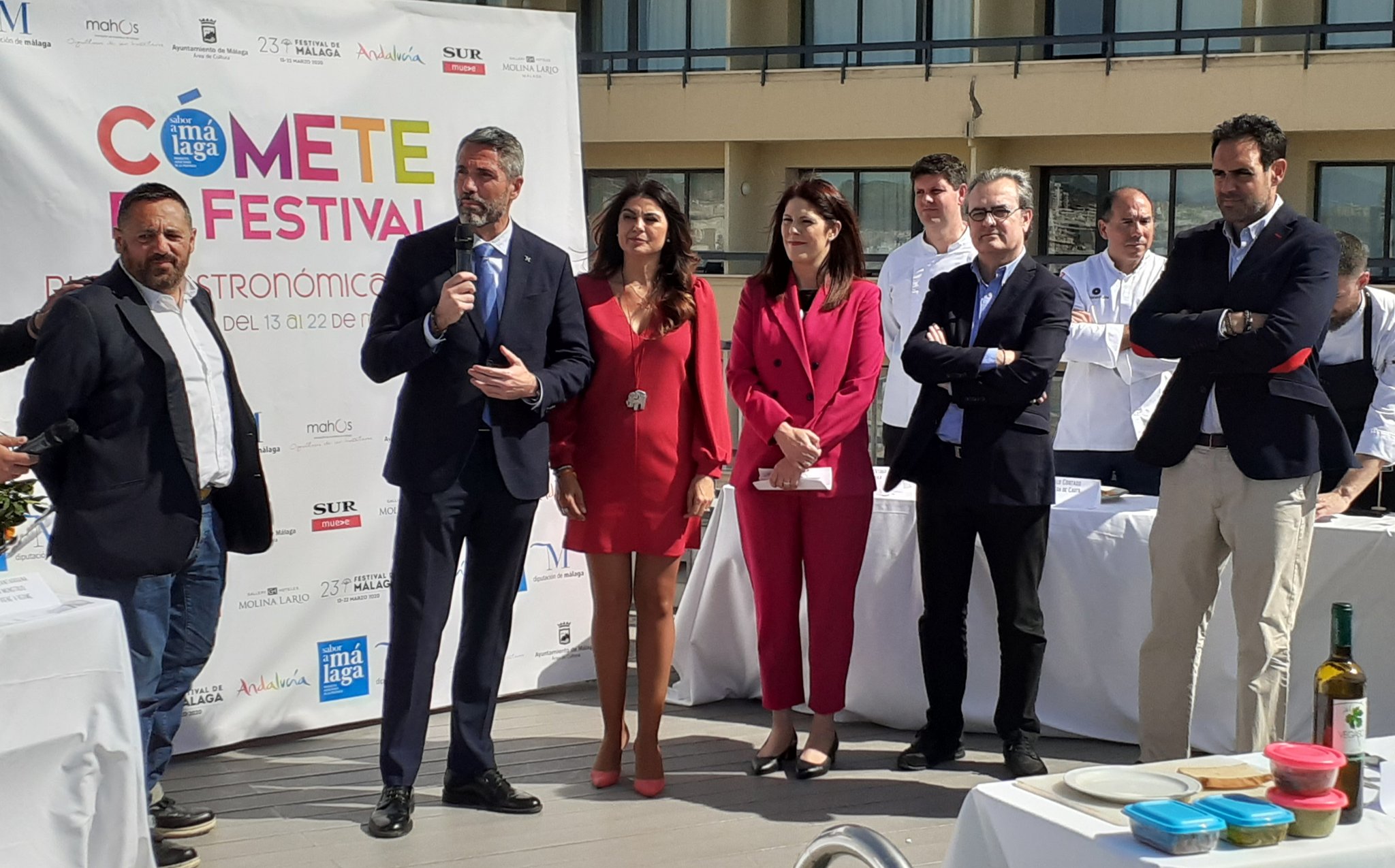 THE ‘Sabor a Málaga’ brand, has organized a gastronomic route in conjunction with the Festival de Cine Español in Malaga with the participation of 36 restaurants and with the name ‘Cómete el festival’, which will run from March until March 22.

The man responsible for the brand, Juan Carlos Maldonado, pointed out that it is the first time that ‘Sabor a Málaga’ has organised such an event and has claimed the city should be known as a “gastronomic capital.”

This was indicated during the presentation, on Monday, of the gastronomic route in which products and wines attached to the brand will be used and that has had the assistance of 23 chefs representing the 36 restaurants that participate.

Extra virgin olive oils, Malaga goats cheese, sausages, fish, almonds from Cártama and honey from Frigiliana, are some of the ingredients that the 36 restaurants will offer in dishes inspired by representative films of Spanish cinema.

The great classics of Spanish cinema such as ‘Bienvenido Mr.Marshall’ or ‘La Cabina’, join those such as ‘Mar Adentro’ and ‘Todo Sobre mi Madre’ to name the dishes of this route.

Visitors can acquire a guide with a map of the city where each of the establishments will be located and may be purchased at the Festival de Málaga premises, in the restaurants themselves, as well as in the building of the Diputación de Málaga, La Térmica and the Centro Cultural María Victoria Atencia.

This promotion will be accompanied by an advertising action in local and provincial media during the days of the Malaga Festival to increase its dissemination.