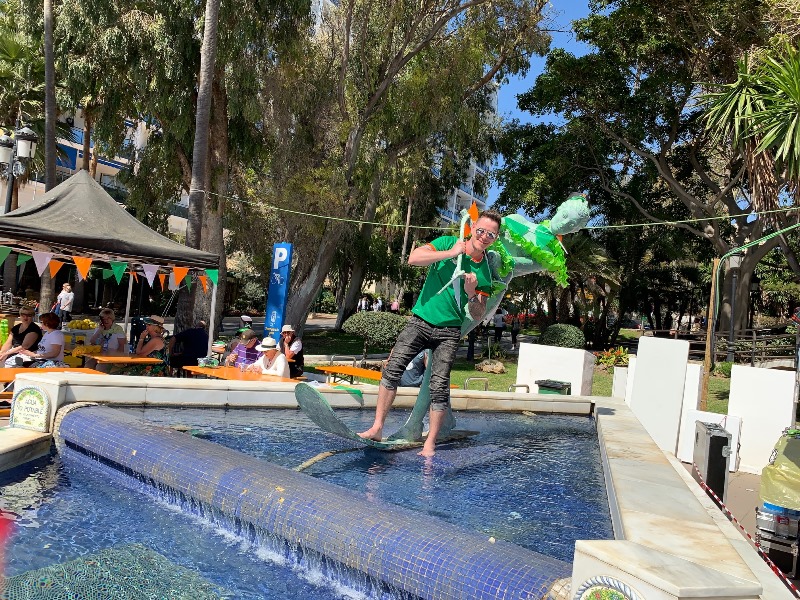 WITH the news that both Cork and Dublin have cancelled their traditional St Patrick’s Day Parades due to Coronavirus, nothing can be certain with regards to any of the planned events here on the Costa del Sol but at the time of writing there were certainly four towns  due to go ahead with their celebrations.

Although the traditional get together in Parque de la Constitucion Marbella died out a couple of years ago, local Irish favourite Claddagh Bar still plans to hold a two day event on the Paseo Maritimo just below the park.

Like many other celebrations, rather than holding it on March 17 (Tuesday), their celebration will be this Saturday and Sunday with a number of Irish bands including Thrifty Malones and US2, dancers, food and drink including Guinness galore plus the chance of owning a Guinness hat.

There are also special events taking place in both Puerto Banus and Riviera.

La Cala de Mijas is blessed with another great Irish Bar Biddy Mulligan’s and they will be organising a parade through the town centre on Sunday  from 11.45am with free music and dancing opposite the bar outside the Mijas Council offices until 7pm.

Benalmadena and Torremolinos will both be hosting their annual St. Patrick’s Day celebration of all that is Irish on Saturday March 14 when over 10 acts organised by the Irish Association of Spain will be appearing on stage in each location.

The Benalmadena event is being held in Plaza de la Mezquita and will incorporate a parade from the Renfe Train Station (opposite the church in Arroyo de la Miel). The Torremolinos event is moving to a new home this year in Plaza Pablo Picasso. Both events will commence at 1pm.

Both locations will be selling tickets at €1 each for a raffle to win a trip to Ireland which is valued at €750 and is sponsored by Tourism Ireland.

Arroyo de la Miel is the setting for a weekend of cultural and religious events, starting with a concert on the evening of Saturday March 14 special mass on Sunday with a celebration of Celtic music and dance in the church grounds later and other events to be confirmed up to and including St Patrick’s Day with another mass. Further information may be obtained from Fr. Gerard Daly at the Immaculate Conception Church in Arroyo.