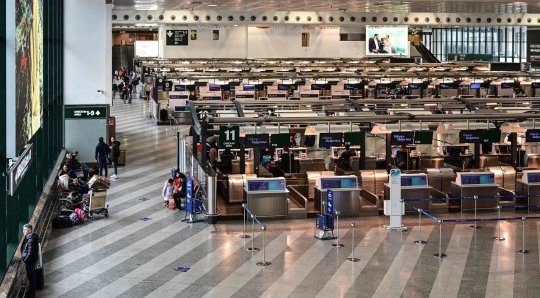 The Spanish Government has recommended avoiding both domestic and international travel sparking justified fears of a UK ban on flights from Spain.

It has also banned indoor gatherings of more than 1,000 people in the most-affected regions, as reported earlier by the EWN there has been a wide range of activities across Spain cancelled. This is not scare-mongering or “fake news” the whole of Spain is scared of the repercussions of a UK flight ban, it would be a “nightmare scenario” for all of us.

As COVID-19 rapidly spreads over Europe badly affected/worst-hit areas are expected to announce further lock-downs. Spain is no different to Italy in this respect, with over a thousand infected and 26 dead so far nationwide the Government has no choice but follow Italy’s lead and introduce lockdowns in the worst-hit areas.

This would be catastrophic for Spain’s tourist Industry of course and would not be a decision taken lightly but it looks like it will happen, probably within the next few weeks.

The idea is of containment, a letter from an Italian professor to the European Health Authority this morning has warned Spain and the rest of Europe to “get ready”. Ten percent of all cases are serious and can lead to death, these are the ones that need special ICU beds. Spain has 4,400 beds available at the moment, nowhere near enough to treat everyone and that is the worry.

British Airways cancelled its flights to Italy on Tuesday after the country implemented a lockdown to control the deadly coronavirus epidemic, budget airline Ryanair followed suit announcing that all international flights to and from Italy would be cancelled from Saturday until April 9th

Boris Johnson himself in a briefing the other day re-iterated that containment at the moment is the only route they (the UK) can take.

Brussels has reacted to the coronavirus epidemic by suspending the EU’s use-it-or-lose-it rules on airport landing slots, freeing airlines to halt “ghost flights” in which planes have been taking off without any passengers.

The aviation sector has been badly hit by the crisis after a collapse in customer demand and the requirement under EU rules that they use 80% of their allocated slots or risk losing them to a competitor.