UPDATE: St Patrick’s Day on hold along the Costa del Sol Spain due to Coronavirus fears 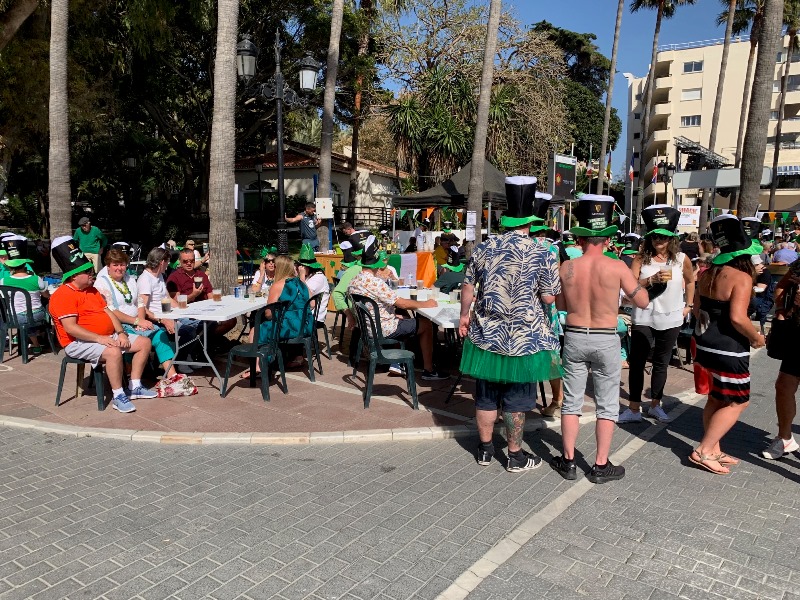 No sea of Guinness hats this year Credit: OPS

DESPITE the news that both Cork and Dublin have cancelled their traditional St Patrick’s Day Parades due to Coronavirus, it was hoped that the planned events here on the Costa del Sol would still be going ahead.

Sadly this is not now the case as the fear of infection with large gatherings has meant that events have either been cancelled or postponed.

La Cala de Mijas is blessed with a great Irish Bar Biddy Mulligan’s and they were organising a parade through the town centre on Sunday  from 11.45am with free music and dancing opposite until 7pm but this is now not going ahead.

The Irish Association in Spain was looking after Benalmadena and Torremolinos and both towns were hosting their annual St. Patrick’s Day celebration of all that is Irish on Saturday March 14 when over 10 acts were due to appear on stage in each location.

The Benalmadena event was to be held in the Plaza de la Mezquita, incorporating a parade from the Renfe Train Station whilst the Torremolinos event was moving to a new home this year in Plaza Pablo Picasso. Both events are now postponed.

The Irish Association of Spain confirmed that they were told last Tuesday that while there was no immediate plan to cancel, postpone or curtail public events or gatherings there was no guarantee that the situation would remain so and they were advised to decide for themselves.

The decision to postpone was not an easy one as it affected not only the general public but some 30 people who were scheduled to entertain the audiences in both locations as well as four local bars, caterers, sound engineers, stage crew and marshalling volunteers.

Arroyo de la Miel was to be the setting for a weekend of cultural and religious events, starting with a concert on the evening of Saturday March 14 special mass on Sunday with a celebration of Celtic music and dance in the church grounds later and for further information on those plans contact the Immaculate Conception Church in Arroyo.

Although the traditional get together in Marbella at the Parque de la Constitucion died out a couple of years ago, local Irish favourite Claddagh Bar still planned to hold a two day event on the Paseo Maritimo but it is currently not known whether it will proceed.