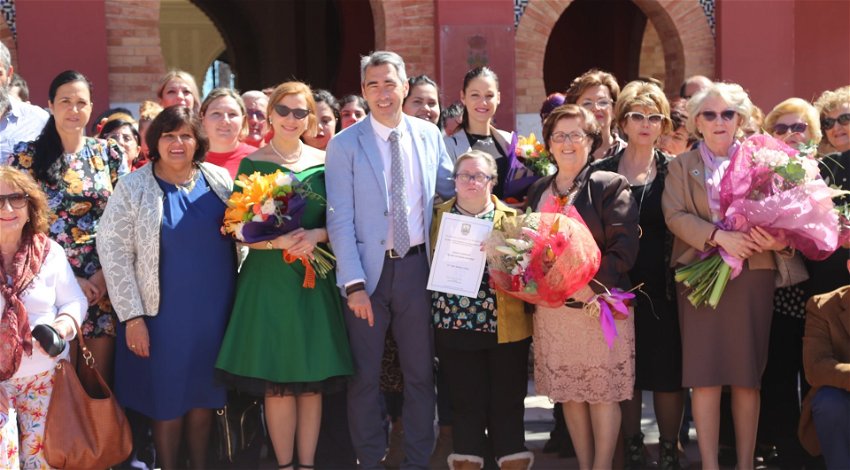 MAYOR of Benalmadena, Víctor Navas; last week took part in an event organised by the Benalmadena Town Hall at Castillo del Bil Bil as part of International Women’s Day, which was also attended by other representatives of different groups and associations of the area.

Navas began by pointing out that “It was in 1975 when the United Nations began to commemorate 8M as International Women’s Day, and since then great strides have been made towards equality both nationally and internationally, with examples such as the Equality Law and the Organic Law of Comprehensive Protection against Gender Violence, but we cannot yet say that there is a single country that has achieved real equality between men and women.”

He added, “Feminism, as a political theory and social movement, has raised the flag of equality and has led actions to make legislative measures that protect women a reality.”

The Benalmadena Town Hall joins the demands and the feminist struggle with the commitment to adopt agreements such as the demand for compliance with international, national, regional and local laws and treaties; supporting the international community with the 2030 Agenda for Sustainable Development for the achievement of equality and the empowerment of women and girls, the rejection of gender gaps or the implementation of a gender perspective in the preparation, execution and monitoring of regulatory provisions.

Navas has ended her speech by quoting former UN Secretary-General Kofi Annan, who stated that “women’s equality must be a central component in any attempt to solve the social, economic and political problems of this world”