El Campello's Cultural Centre to reveal its makeover on Sunday 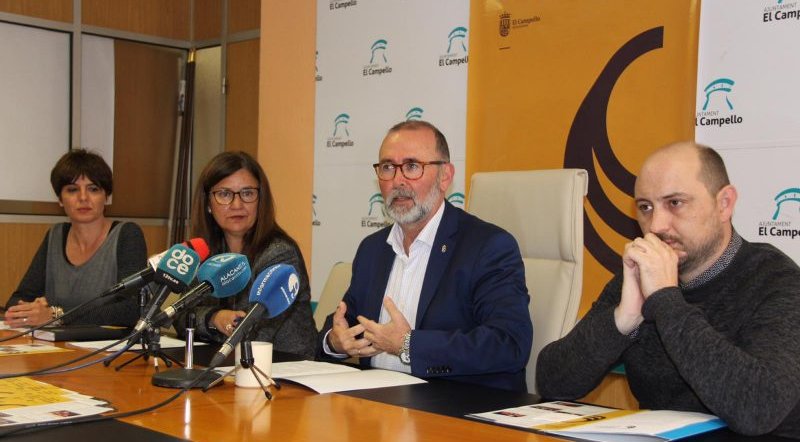 TWO months after closing its doors for a makeover, the Casa de Cultura in El Campello will reopen on Sunday, March 15, with a new image and corporate logo.
Mayor, Juanjo Berenguer, and Councillor for Culture, Dorian Gomis, today presented the new logo, created by the company Utópicum, which will be used on all of the centre’s future advertising, posters and brochures.
Designer Héctor Delgado, said: “The letter “c” was used as a fundamental element of the composition (House, Culture and Campello), achieving a clear and simple composition on a warm sand-coloured background that transmits “proximity, versatility and elegance”.


Berenguer explained that the building had deteriorated over time, being an old building, and it was necessary to carry out reconstruction work in the main lobby, the reception offices, toilets and dressing rooms, as well as replace lighting.
“The facilities are old and were deteriorating, as is the case with ageing buildings. If we add to the fact it is a cultural centre with a lot of activity and use, it is understandable that the work was considered necessary and urgent.”
During the closure, the Department of Culture worked on shaping a programme that “seeks to achieve a balance between the activity of the busy local associations and professional cultural activities which respond to the interests of the public”.
Councillor Dorian Gomis added: “”Since we want it to be everyone’s cultural centre, we have committed ourselves in these coming months to giving coverage, space and visibility precisely to local groups, with a broad programme that will be free for the public.”
While it is hoped the grand opening will take place on Sunday, Berenguer pointed out that it will depend on any announcements by the Ministry of Health in relation to the Coronavirus.