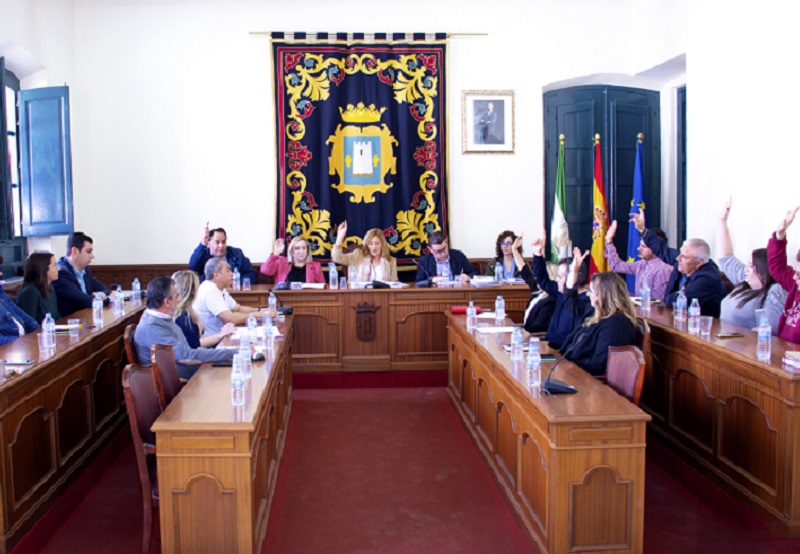 GREATEST OUTLAY: Rebuilding related to the impact of the September and January storms will require council resources and assistance from other administrations, the council said. CREDIT: Ayuntamiento de Nijar

PUBLIC safety, cleaning services, and reconstruction following the damage caused by recent extreme weather events are the key features of Nijar council’s 2020 municipal budget, which the local authority has now approved.
The council particularly underlined a €450,000 allocation to the Guardia Civil station and firefighting service. Street cleaning represents a further €1.3 million and rubbish collection €1.9 million.
But, the local authority said, the biggest financial outlay this year will be on rebuilding related to the impact of last September’s and January’s violent storms, and which will require not only council resources, but also assistance from other administrations.
“What Nijar residents can be clear about is that whatever the council’s financial possibilities, these actions will be carried out one way or another because the emergency is here and there is no time or place for debates”, stressed Mayor Esperanza Perez.
“It is time to act, and we, with these accounts, are taking the first step.”
Commenting on the €200,000 for works on the new Guardia station located between the health centre and the scenic arts centre, Perez said the move followed four years of negotiations with the Interior Ministry and other administrations, and maintained this was something residents had long been calling for.
Referring to the €250,000 for the firefighting service the Mayor said the local authority’s aim was to “guarantee to residents assistance from firefighters in any case of an emergency with the same rights as the rest of the population of Almeria and based on the agreements and regulations coming from the Autonomous Community.”
Other measures included in this year’s budget include upgrades to rural lanes, improvements to access roads to areas of special tourist interest, a cycle lane between Campohermoso and San Isidro, a home assistance service for the elderly.
Commenting on the general health of Nijar’s municipal coffers, the Mayor maintained her administration had managed to greatly reduce the debt it had inherited, commenting, “we are now entering that process of transition in which there remains outstanding to be paid, but we can allow the reduction of some taxes and tackle emergency situations.”
She continued, “If we are capable of accomplishing the forecast plan and if we have the necessary institutional loyalty we have a more promising immediate future.
“And I never tire of saying it, but the basis of this success is unity: all of us rowing in the same direction and adapting to circumstances before anything else.
“A budget which drops, but which maintains public services, is simply an exercise of loyalty to residents because it reflects the fact that higher taxes cannot be asked for, and even less when the situation is not as favourable as in other years”, Perez concluded.