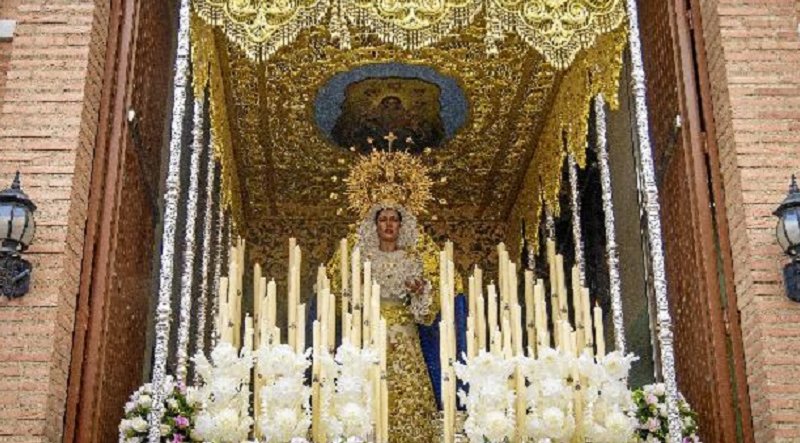 THE coronavirus crisis has led to the cancellation of plans for Easter Week processions across the Costa Almeria.
The provincial capital was one of the first to announce its Semana Santa processions would not be going ahead. A joint announcement from the city council, the Almeria association of brotherhoods and the Bishopric of the Diocese on Saturday said the decision had been reached by “common agreement and with deep regret.”
The statement continues, “This painful determination is another demonstration of the great sense of responsibility which the associations of brotherhoods have always shown in Almeria, which generously renounce living their week of the Passion on the street to in this way adapt to the health control recommendations set out by the Government of Spain and the Junta de Andalucia.”
The statement stresses that the “health of all Almerians is a priority objective at these times.”
It also makes the point that while the processions have been cancelled, Easter has not, and expresses the hope Almerians will continue to celebrate in a “more personal and secluded way.”
The announcement about the cancellation of the Huercal-Overa processions, classified as of National Tourism Interest since 1983, followed on Sunday in an official notification from the municipality’s association of brotherhoods.
“Conscious of the measures adopted by all institutions, we have to give preference to the health and well-being of the members of the brotherhoods and the public in general, contributing as many measures as allowed to struggle for the solution to this pandemic we are suffering.”
Another of the province’s most important Easter celebrations are staged in Cuevas del Almanzora. Again its brotherhoods have called off the processions, a move which Mayor Antonio Fernandez described as “necessary due to the alarm situation and very necessary to avoid contagion.
“Evidently it will have negative effects for the economy, but the important thing is the health and protection of residents”, he added.
Other local authorities announcing this Easter’s processions are off include Vera, Albox, Olula de Rio, Macael, Cantoria, Pulpi, Arboleas and Carboneras.