CORONAVIRUS: Spain’s Tourism Industry is about to collapse as 500 Hotels Close and thousands of Brits leave 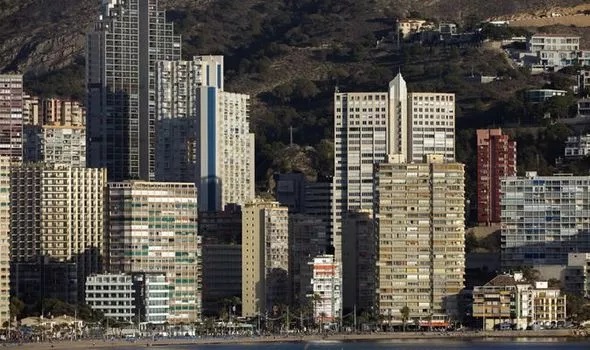 SPAINS TOURISM INDUSTRY IS ON THE BRINK OF COLLAPSE AS A MASS DEPARTURE OF TOURISTS TAKES PLACE THIS WEEK. OVER 12,000 JOBS ARE EXPECTED TO GO AND MILLIONS OF EUROS WILL LOST AS OVER 500 HOTELS ARE FORCED TO CLOSE DUE TO GOVERNMENT MEASURES TO CONTAIN THE SPREAD OF THE CORONAVIRUS.

Spain will have ‘no tourists left’ within a matter of days as 500 hotels along the Costa Del Sol are set to shut down due to coronavirus fears. Around 12,000 people could be unemployed as a result but the wave of closures is being described as ‘unavoidable’ following Spain’s declaration of a State of Emergency.

President of the Federation of Hotel Businesses of Andalusia, Luis Callejón Suñé said the 44 hotels already closed are ‘only the tip of the iceberg’. Most of the Hotels are due to close within the next few days as Tour Operators scramble to book flights for the stranded holidaymakers.

The Hotel industry offers 78,000 beds and provides employment for 12,000 workers, there are also thousands of hostels and apartment buildings that are expected to follow suit this week.

No dates have been announced for reopening but the closures will last until at least the summer and possibly longer. Some of the hotels have offered their facilities as make-shift hospitals if needed.

The news follows yesterday’s announcement that hotels across Benidorm, the  Costa Blanca and Valencia are also closing by Thursday on a voluntary basis in a bid to safeguard staff and tourists from the coronavirus outbreak.

The Balearic Islands – which include Mallorca and Ibiza – are experiencing the same scenario with hotels closed and many chains also offering their rooms for patients if necessary.

The Canary Islands are also expected to have ‘zero tourists’ within the next week after new measures limited the influx of people to the archipelago.

The hotel association for the Costa Blanca has announced that hotels have taken the decision to ‘self regulate’ in the absence of an official order from the Spanish Government.

There are more than 9,000 confirmed coronavirus cases in Spain and the country has reported no fewer than 300 deaths.

A statement issued by the association confirmed: ‘We would have liked the closure to have been decreed by order of the Government, as has happened in other countries but in the absence of a political decision hotel businessmen have decided to self-regulate ourselves in the application of the reasonableness and responsibility in these grave moments.

‘Thus, hundreds of companies have already decided to close and many others are joining this measure as an urgent need to control the health crisis that is causing a serious economic crisis.

‘Hotel and vacation activity is clearly incompatible with the measures decreed by the Central Government to confine the population to their homes and to keep hotels open we cannot guarantee the necessary isolation conditions to control the coronavirus pandemic.’