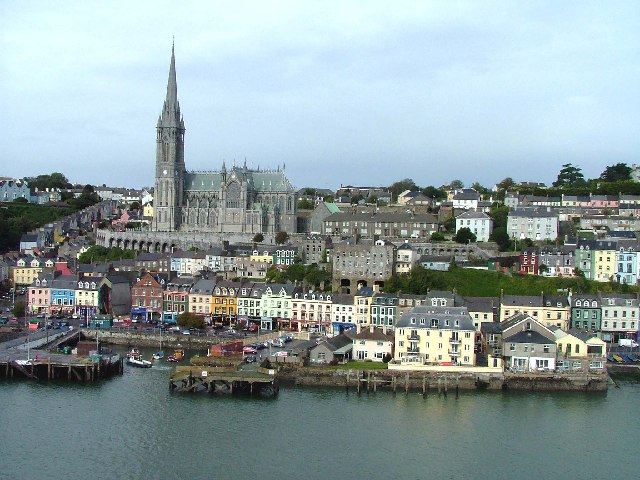 Raise a glass on Paddy’s Day to an exceptional human being and Irishman, my grandfather, Ned Burgess.

I am on lockdown in Spain and so this St. Patrick’s Day I am unable to go out and my thoughts drift to the amazing Irish family I have known and loved.  As I look at the portrait of my darling mother, Ann Burgess, I remember her and her father.

Born in Drimnagh, Ireland, Ned met my grandmother Margaret Davidson and they married in Cobh, County Cork. Edward, his formal name, was an engineer and also the Mayor of Cobh.

He was the first public figure to push for apprentices to be allowed to train regardless of their family background.  In long-ago Ireland, families were handed down apprenticeships.  For example, a blacksmith’s son was only allowed to train to become a blacksmith.  My grandfather changed all of that with his forward-thinking policies.

Living in Cobh, he had a tremendous love of the sea and named his boat after my dear departed mother Ann, calling it “Anna”.  She would tell me many poignant stories about him.  In particular, the story of a girl who had mental health difficulties in the small town of Cobh, who ran naked through the town and up the hill in Westview, where Ned lived.  He managed to catch her in time, wrap a blanket around her and get her in an ambulance.  He never told a soul, fearing gossip would be rife in a small town.

I visited Cobh a few years ago.  When I arrived at the local pub, there were a few elderly men having pints.  They inquired as to why I was visiting Cobh.  I said I was visiting my cousin Joanne and that we would be having a small family tribute to Ned.  Within 5 minutes, I had 6 drinks put in front of me at the bar.  Each one of those men had been affected by the goodness of my grandfather and the things he did quietly for his community.

He battled constantly for a united Ireland and even spent time in jail in the Dublin mountains fighting for the Irish cause.  When he passed, his funeral was at St. Colman’s Cathedral in Cork and it was packed solid.

This quiet, unassuming man helped many.  So again, I implore you to raise a glass to Ned Burgess, a life remembered and an exceptional grandfather. As they say in Ireland “scith a ligean”, rest in peace my dearest.