Coronavirus reminds us of the historical ‘Spanish Flu’

WITH the spread of the coronavirus pandemic, history can take us back to the global influenza pandemic that was given the name of Spanish Flu back in 1918, which killed at least 10 per cent of sufferers.
It spread rapidly hitting people of all ages, including those that were otherwise healthy. Nobody is certain about the exact number of deaths, but it’s believed that a third of the world’s population was infected, leading to 50 million people being killed in the deadliest pandemic in modern history.

Despite the name ‘Spanish Flu’, evidence strongly suggests that the strain never originated in Spain, and one of many theories put forward even had the United States listed as where it started!
A more recent opinion suggested that it may have originated in China, like the current coronavirus, with any Spanish link extremely tenuous, at best. The connection between the outbreak and Spain is probably down to an issue of censorship, and people getting the wrong end of the stick.

Spain was one of the earliest countries that the epidemic was identified, but historians believe this was due to Spain being neutral during the First World War, and maintaining a free press during that time. It meant that newspapers freely reported early accounts of the flu, and for whatever reason, people internationally wrongly believed the illness was specific to Spain, and the name ‘Spanish flu’ stuck.

The debate still, therefore, rages on as to where Spanish Flu originated, and six years ago a theory appeared that suggested that China may have been “ground-zero”. Previously undiscovered records linked the flu to the transportation of Chinese labourers, the Chinese Labour Corps, across Canada in 1917 and 1918.
One survey of 25,000 Chinese labourers in 1918 showed that 3,000 of them finished their Canadian journey in medical quarantine.

At the time, because of racism and racial stereotyping, their illness was blamed on “Chinese laziness” and doctors did not take the workers’ symptoms seriously enough. Some of these arrived in northern France in early 1918, and many were sick, with hundreds soon dying. Experts believe that conditions on the Western Front during the final months of the First World War were responsible for its rapid spread.

This was a direct result of weakened immune systems from malnourishment amongst the soldiers, and their illnesses, known as “la gripe,” were infectious, and spread quickly among the ranks. Within around three days of becoming ill, many of them did start to feel better, but not all of them would make it. As opposed to the early reports on the current coronavirus outbreak, Spanish Flu hit young adults aged between 20 and 30 especially hard.

Medical treatment has been completely revolutionised over the last century and there has been speculation over how Spanish Flu would have been dealt with today if it happened. Nevertheless, its spread and international concern is similar to what is happening right now with the coronavirus. 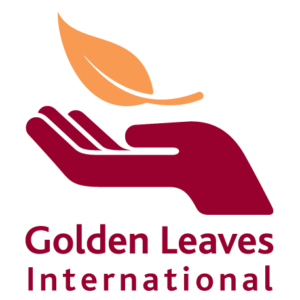 This article was brought to you by GOLDEN LEAVES:
Expat Services is a brand new initiative from Golden Leaves. It’s your one-stop-shop for assistance and local news, views and services:- All types of insurance, funeral Plans, NIE assistance, legal services. If you do have any worries or concerns or need immediate help or assistance during this uncertain time please do call us on our emergency contact number 800 098 309 or 603531417  for immediate assistance.
http://www.goldenleavesinternational.com