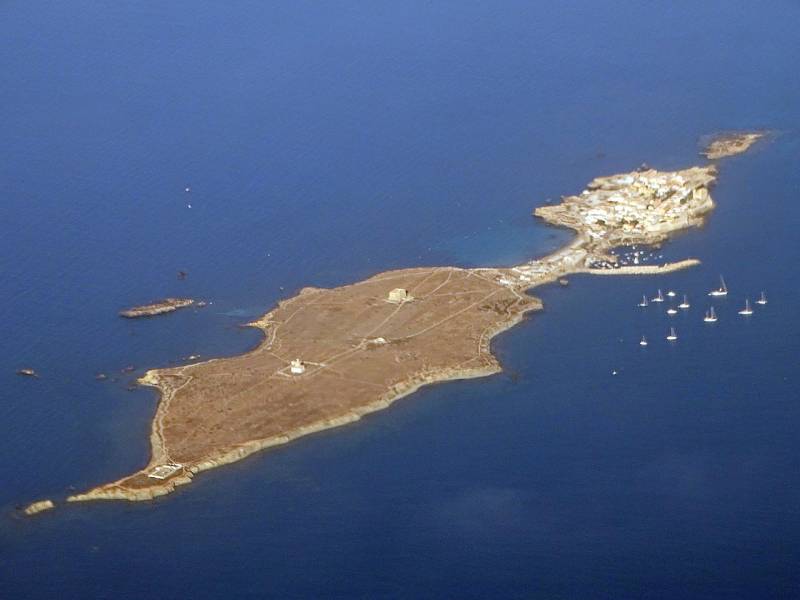 ISOLATED: Tabarca islanders are worried about the coming weeks without links to the mainland. Credit: Jose P/Wikipedia

TABARCA residents feel “abandoned” and increasingly isolated after the coronavirus ‘state of alarm’ measures forced the suspension of boat links – including private vessels – to mainland Alicante.
There are normally 50 to 60 permanent residents on the island, 22 km off the Alicante coast, but slightly more at the moment as others had moved back to start preparing for the tourist season.
And while most had reportedly stocked up on Saturday, neighbourhood representative, Carmen Martí said there are concerns for the coming weeks.
On Saturday afternoon, Tabarca Water Taxi posted on social media: “Following government indications regarding COVID19 in our country, we have temporarily closed until further notice.
“Minimum services will be organised for residents of the island. Anybody interested should inform Tabarca Police.”
Martí told Spanish press a private boat company had since offered its services, but the permit was denied by the Maritime Captaincy and State Ports.
She said residents feel abandoned and are now concerned they won’t even be able to shop online if there are no boats to deliver the goods, and has raised the issue with the Local Police and other authorities.
In response, Maritime captain of Alicante, Cayetano Pérez, has guaranteed “residents will not be isolated” and said he is waiting for the formal request from the official authority, “City Council or whoever it is, to send a boat to the island to transport residents who want to return, either the Tabarquera or a Maritime Salvage boat”.
A formal request has had to be made to allow for the disinfection of the vessel, for necessary measures to separate passengers to be put in place, and to ensure there are masks and gloves available.
Another option pointed out by the sea captain is to periodically send ships with food, but that at the moment the Maritime Captaincy “cannot allow private traffic of ships at sea as it is prohibited by a higher decree”.
Alicante City Council has reportedly contacted the State Ports to request a solution.